When the price of oil goes above a certain benchmark level, companies drilling on American territory in the Gulf of Mexico are supposed to pay royalties to the United States government. Which is to say, royalties to you, the taxpayer. Unfortunately, a bureaucratic snafu accidentally gave away some leases for free a few years ago, and ever since we, the taxpayers, have been receiving no 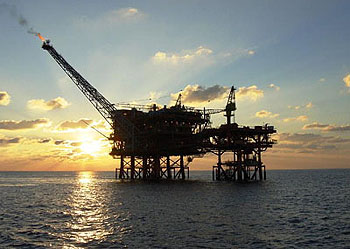 royalties on those wells. But that’s no problem, right? Our elected representatives in the United States Congress will just fix the error. Matt Steinglass explains the facts of life:

As of 2008, the bill came to $1.3 billion; this year, the losses will be $1.5 billion. Over the decades-long lifetime of the wells it’ll add up to a lot more. According to the Government Accountability Office it’ll come to $53 billion over the next 25 years. Last week, representative Ed Markey and a few other Democrats on the House Natural Resources Committee offered an amendment to the Republican budget bill to make those oil producers pay the standard amount in the future on the royalty-free leases they mistakenly received due to bureaucratic error. The amendment was voted down, 251-174.

Life is good when you own one of America’s two political parties, isn’t it?