In the Boston Review, Stephen Ansolabehere and James Snyder write that the tea party movement has been overrated: 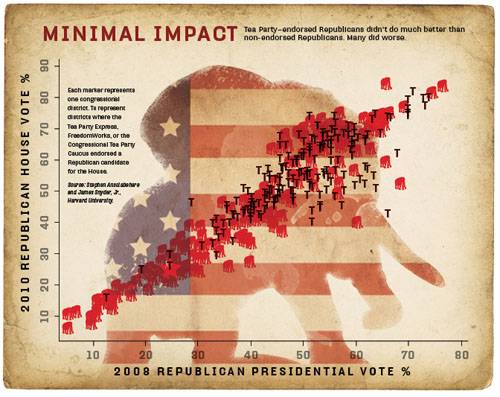 This seems pretty plausible, especially since it matches what seems to have happened in the Senate, where tea party candidates didn’t do any better — and might even have done worse — than other Republicans. On the other hand, I think it’s possible that this might miss what happened in the primaries, where tea party endorsements helped power conservative candidates to victory over more moderate ones. That doesn’t show up in the general election results, but it’s a real effect nonetheless.