After several years of litigation, Apple has signed a deal to license some patents from Nokia related to the iPhone and iPad. Matt Yglesias comments:

The people for whom this promises to be a big headache are, as usual, not the incumbent players but hypothetical future players. Imagine a firm that’s not currently a highly profitable, super-successful manufacturer of mobile devices. Now you’ve got a new barrier to entering the market….I don’t have a super-clean policy point to make about this, but it’s striking how much time and energy is spent in this most vibrant and innovative sector of the economy on these patent wars. 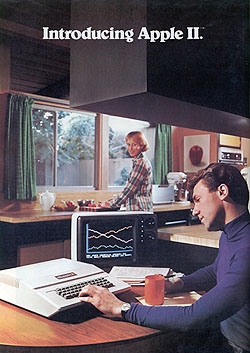 It’s an equilibrium that’s obviously wonderful for patent lawyers, and seems to serve all the major incumbents well enough but I don’t think it really bodes well for the world.

I agree about this, and I’d like to see the area of IP patents cleaned up considerably. It shouldn’t be impossible to get an IP patent, but the standard ought to be pretty high: not just a small twist on an existing idea or a “business method,” but something genuinely innovative. I’m not sure how you get there, but it seems like something worth spending more time on.

Still, having said that, I wonder how much impact this stuff really has on small players? During the 80s, I remember learning that IBM held the original patents for stuff like DMA and interrupt controllers,1 which surprised me because by that time those things were like oxygen: just a standard part of every computer in the world. But hey — someone had to invent that stuff, and in the end the patents didn’t really slow anyone down. Basically, the technology got incorporated into chips, the chipmakers presumably paid royalties, and everyone else just bought the chips. There was a modest cost, but it didn’t prevent Steve Wozniak from designing the Apple II. The same thing happens with patent pools for things like MPEG and other standards. It’s all a gigantic pain in the ass, and it can impede progress while the lawyers hash everything out, but once they do, all the little guys end up using the patented technology without having to jump through hoops.

Anyway, I’d be curious to hear more about this from startup tech folks. Is patent litigation mostly a game played by the big boys, with small companies generally unaffected aside from small price increases in the off-the-shelf technology they buy? Or is it a bigger deal than that?

1I should note for the record that I might have heard wrong on this score. I don’t really know for sure who invented either of these things.