Earlier today, in my post about the economic volatility produced by world demand for oil getting close to the world’s supply ceiling, I wrote:

This is not something that can be tamed with gasoline taxes in the United States or anything similar. It’s a global phenomenon. This is all the more reason we should be making Manhattan Project kinds of commitments to developing alternative energy sources and reducing our economy’s dependence on oil. There’s plenty of low-hanging fruit in the areas of conservation and increased 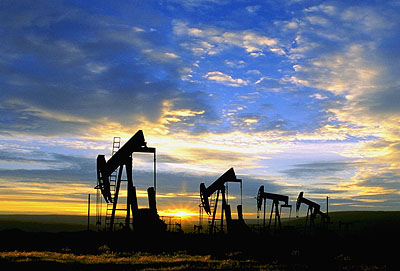 efficiency, and no reason to waste any more time arguing about. At the very least, we should be doing the easy stuff.

I find this kind of breezy dismissal of higher gasoline taxes to be quite frustrating. For one thing, it’s just not the case that some amazing technological breakthrough is required for people to have less gasoline-intensive lifestyles. The technologies deployed in France—shorter commutes, lighter cars, trains, and buses—don’t require a massive R&D effort to implement….Meanwhile, if Congress were sitting around atop a giant pile of money, I feel certain that they could be relatively easily persuaded to disburse it on a giant alternative energy R&D effort….But how to acquire the giant pile of money? Well, you could tax gasoline.

The bolded sentence in my piece was prompted by a feeling that, in a post yesterday, Matt had breezily dismissed the oil problem as solvable with higher gasoline taxes. So I guess I deserved that.

To be a little clearer, though, the point I was trying to make in bold is that our global oil constraints are driven largely by increasing demand in developing countries, so things like higher American gasoline taxes aren’t likely to have a big effect on the broad dynamic caused by bumping up against limited oil supplies. Higher gas taxes would curb demand a bit in the U.S., but developing countries would just suck up the excess and we’d end up right back where we started. Beyond that, however, there’s roughly zero difference between Matt and me. It’s absolutely true that we could substantially reduce oil use without a technological breakthrough. It’s absolutely true that this would insulate us a bit from volatile oil prices. And it’s absolutely true that gasoline taxes could be used to fund lots of basic research that might produce a holy energy grail someday.

Still, until we get that technological breakthrough, it’s worth keeping in mind that we probably can’t insulate ourselves from global oil dynamics more than modestly. The problem is that if the pessimists are right, we’re now in an era where oil volatility is going to limit global growth by provoking periodic global recessions. And even if we use less oil, global recessions will still hurt us.

So we need to be more aggressive about building the alternative energy infrastructure we already know about, we need to be more aggressive about looking for new energy sources, and we need to develop these sources aggressively enough that they’re cheap enough for the whole world to use. We’re still finding significant new oil fields, like the Bakken formation and the recent offshore Brazilian discoveries, but we’re finding them in much smaller numbers than in the past — almost certainly too small to make up for declines elsewhere. We don’t have all that much time left.