Neal Gabler writes today that we no longer care much about big, exciting ideas, the kind that we used to hear from Albert Einstein, Reinhold Niebuhr, Daniel Bell, Betty Friedan, Carl Sagan and Stephen Jay Gould. “We are living in an increasingly post-idea world — a world in which big, thought-provoking ideas that can’t instantly be monetized are of so little intrinsic value that fewer people are generating them and fewer 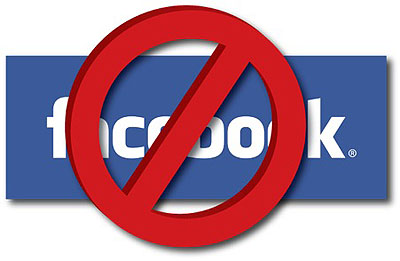 outlets are disseminating them, the Internet notwithstanding. Bold ideas are almost passé.”

I was almost on the verge of nodding along to this, but then Gabler unloaded his big idea: it’s all the internet’s fault.

In the past, we collected information not simply to know things….But if information was once grist for ideas, over the last decade it has become competition for them….The collection itself is exhausting: what each of our friends is doing at that particular moment and then the next moment and the next one; who Jennifer Aniston is dating right now; which video is going viral on YouTube this hour; what Princess Letizia or Kate Middleton is wearing that day. In effect, we are living within the nimbus of an informational Gresham’s law in which trivial information pushes out significant information, but it is also an ideational Gresham’s law in which information, trivial or not, pushes out ideas.

….It is certainly no accident that the post-idea world has sprung up alongside the social networking world. Even though there are sites and blogs dedicated to ideas, Twitter, Facebook, Myspace, Flickr, etc., the most popular sites on the Web, are basically information exchanges, designed to feed the insatiable information hunger.

….Of course, one could argue that these sites are no different than conversation was for previous generations, and that conversation seldom generated big ideas either, and one would be right. But the analogy isn’t perfect. For one thing, social networking sites are the primary form of communication among young people, and they are supplanting print, which is where ideas have typically gestated….To paraphrase the famous dictum, often attributed to Yogi Berra, that you can’t think and hit at the same time, you can’t think and tweet at the same time either, not because it is impossible to multitask but because tweeting, which is largely a burst of either brief, unsupported opinions or brief descriptions of your own prosaic activities, is a form of distraction or anti-thinking.

Well, look, maybe blogging and tweeting have degraded my ability to think so dramatically that I just can’t see Gabler’s point even though it’s staring me in the face. But does he really think that high school sophomores use Twitter and Facebook as replacements for the deep thoughts and sophisticated conversations they used to have? That they used to sit around debating Niebuhr and Friedan but don’t anymore because they’re too busy with their Tumblr pages? Maybe that’s how things were at Gabler’s high school, but they sure weren’t at mine.

Honestly, I think I liked this genre better back when people blamed TV for the decline and fall of American youth. I always thought the anti-TV crowd at least had a point: television really did crowd out things like books and magazines, which were better suited to big ideas and complex arguments than the tube. But social networking? As near as I can tell, it’s mostly crowding out in-person gossip and….television. That seems like a much more benign trade.

In any case, the alleged decline of the big league public intellectual is usually dated to the 70s and 80s, a decade before Mark Zuckerberg was even born. So the rise of TV is at least plausibly a culprit, chronologically anyway, for the decline of big ideas. But Facebook? I don’t see it. It’s just the whipping boy of the moment, always good for a tut-tutting op-ed aimed at older readers who don’t like Facebook to begin with and get a warm glow from seeing their prejudices confirmed.

For what it’s worth, I do think that the rise of the media omnivore is changing the way we think, in some ways for the worse. But it’s hard for any of us to really understand what’s going on because we’re still in the middle of a huge transition: television and the internet and social networking are supplanting older, maturer forms that we knew how to exploit thoroughly, but they haven’t themselves yet matured to the point that we really know how to exploit them anywhere near as deeply. So we’re naturally nervous: big ideas may or may not have been more common half a century ago than they are now, but at least back then we knew where to find them and we had a widely understood set of social conventions about how to discuss them. We haven’t yet really figured that out for electronic media, and that makes the discussion of big ideas chaotic enough and inchoate enough that it can often seem as if the ideas themselves don’t exist anymore. But I suspect they do. We just have to learn how to talk about them in a new language.

UPDATE: In the field of economics, anyway, Jared Bernstein thinks Gabler is right about the inability of big ideas to gain traction these days. But he implicates a different culprit:

The financial crash of the 2000s revealed a confluence of many powerful and socially disruptive forces: levels of income inequality not seen since the dawn of the Great Depression, stagnant middle-class living standards amidst strong productivity growth, solid evidence that deregulated markets were driving a damaging bubble and bust cycle, deep repudiation of supply-side economics, and most importantly, even deeper repudiation of the dominant, Greenspanian paradigm that markets will self-correct.

We may not, in my lifetime, witness another historical moment where these destructive forces are so clearly revealed. What’s more, there were economic thinkers arguing for a new paradigm….And yet, at least from where I sit today, we let the moment pass….Why did we squander the opportunity? Not because there were so much information on the web. It is, at least in part, because the concentration of wealth and power blocked the new ideas from a fair hearing.