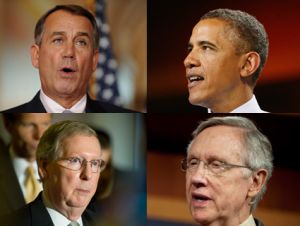 Marian and I have now been married for 20 years (yay us!), so we went up to LA yesterday to see a show and then stayed over today to have lunch with Mark Kleiman and then watch world No. 84 Ernests Gulbis beat Mardy Fish in the finals of the Farmers Classic at UCLA. Which reminds me—or rather, Mark reminded me: He has a new book out called Drugs and Drug Policy: What Everyone Needs to Know. It’s basically a FAQ about drug policy, and it’ll only set you back a little over 10 bucks on Amazon. If you’re interested in a good primer on the subject, you probably can’t do much better.

All of which is a fairly long-winded way of saying that I’ve been blissfully unaware of the latest idiocy regarding the debt ceiling fight over the past couple of days. But now I’m back, and CNN tells me that we’ve all agreed on a deal. Hooray. Roughly speaking, it’s built around $1 trillion in cuts now and $1.5 trillion in cuts later. The “later” cuts will be negotiated by a super duper congressional committee, and there’s a sword of Damocles hanging over their heads to ensure they don’t deadlock and end up punting on a deal. It’s not yet 100 percent clear what that sword is, but apparently if they don’t come to an agreement, or if they do but Congress fails to pass their deal, automatic cuts will take place in the discretionary budget, split 50-50 between domestic cuts and defense cuts. Supposedly, the fact that the automatic cuts affect both domestic and defense spending will be so horrifying 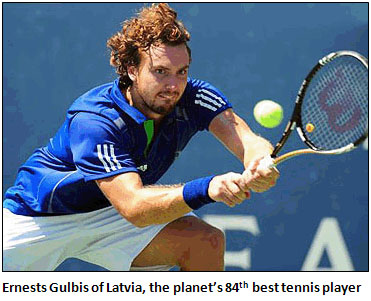 to conservatives and liberals alike that they’ll support the Super-Duper Congressional Committee’s deal. Color me skeptical. There are three possible alternatives here:

Now, sure, maybe they’ll cobble something together that looks a little different. But once the dust is cleared away, what other alternatives are there? Compared to the automatic cuts, the SDCC deal will either cut more from domestic spending or else close the deficit partly with cuts and partly with tax increases. That makes it dead on arrival.

It’s a shit sandwich no matter how you look at it. And it’s a shit sandwich in at least two very specific ways: (1) It means we’ll continue to live in a fantasyland that says we don’t need any tax increases even though our population is aging and we’re plainly going to need higher revenues to support this demographic reality; and (2) we’ll continue to live in a fantasyland that says our problems are primarily caused by discretionary spending. This is, of course, exactly the opposite of reality, which means we’re going to screw the poor and do nothing serious about the long-term deficit. Nice work, adults.

But hey—this is all very dismal stuff. So here’s your reward for reading all the way to the bottom: a fun question to discuss. There are a few liberal pundits out there who believe that a cuts-only deal like this one isn’t all that bad. Jon Chait is one of the leading proponents of this theory, and it goes like this: Maybe an all-cuts deal is bad, but by leaving taxes off the table completely it opens the door to letting all the Bush tax cuts expire at the end of next year. Basically, Obama just needs to keep insisting that he’ll only sign a bill that extends the middle-class tax cuts1 but allows the tax cuts for the rich to expire. Republicans will flatly refuse to send him such a bill, and as a result all the tax cuts will expire without Obama having to break any promises.

So here’s the question: Do you think this is how things will play out? Or alternatively, will Republicans cave in at the 11th hour and send Obama a bill he can sign? Or will Obama cave and end up agreeing to extend all the cuts? My guess is that Obama will stick to his guns on this and Republicans will eventually cave, which means that the middle-class cuts will get extended permanently. Prof. Kleiman, like Chait, thinks Republicans will never, ever agree to throw rich people under the bus and will never send Obama a bill that extends only the middle-class cuts. Thus, the whole Bush package will expire. You can vote in comments on how you think this will play out.2

1Actually, even this set of tax cuts mostly benefits the well-off. But everyone calls them the middle-class cuts, so that’s what I’m calling them here.

2This assumes, of course, that Obama wins reelection. If a Republican wins, and Obama lets the Bush tax cuts expire in the final hours of his administration, I assume that the new president will simply pass new tax cuts via reconciliation sometime after inauguration day.