Obama has done what skittish Senate Dems and their aides asked him to do — he has waged a public campaign to build support for his proposals. Have we already forgotten that only a few short months ago, the papers were filled with quotes from anonymous Dems complaining 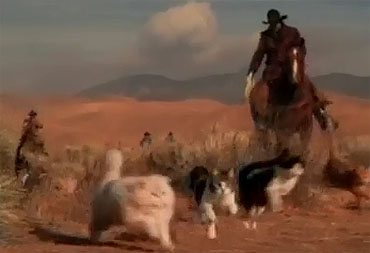 that Obama had failed to (a) focus on jobs; and (b) use the bully pulpit to rally public support for job-creation proposals?

By any measure, Obama has addressed those complaints. As ABC News polling director Gary Langer put it the other day, Obama proved that “it’s possible to move the bar” when it comes to public opinion on jobs. And yet, now that Dems have finally made that pivot to jobs and are finally fighting it out on turf favorable to themselves; now that Obama has shown it’s possible to move public opinion in the direction of his proposals, despite his low approval numbers; and now that Obama and Dem leaders are hoping to use GOP opposition to the jobs bill to cast the GOP as the number one enemy of progress on the economy, a handful of moderate Dems are still prepared to help Republicans muddy those waters.

It is truly astonishing. Finally, Democrats have a chance to demonstrate a sharp, clear, popular difference with Republicans, and even then they can’t manage to stand together and look like an actual governing party. What’s more, this is basically the centrists’ dream bill: stimulus now and deficit cutting in the long term. It’s what all the folks yelling for a third party say they want. And Democrats are offering it up.

This is one of the reasons, by the way, that I’ve never really been on board with the idea that Obama should have fought hard for lots of liberal policies even if they couldn’t pass. “At least people would know where he stands,” goes the mantra. But looking like a loser just isn’t a good political strategy, and looking like you can’t even control your own party, as such a strategy would inevitably highlight, is even worse. Even on a purely symbolic bill (since the House isn’t going to pass it anyway), Democrats can’t manage to get their act together. What a bunch of morons.