The five-year strategic vision that Scratch has developed for Chevrolet, kept quiet until now, stretches beyond marketing to a rethinking of the company’s corporate culture. The strategy is to infuse General Motors with the same insights that 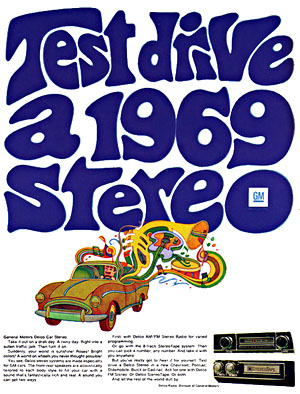 OK. But in the entire story, this is the only concrete example of what MTV Scratch has brought to the table:

Last summer, Mr. Martin and his team temporarily transformed part of the G.M. lobby into a loftlike space reminiscent of a coffee shop in Austin or Seattle, with graffiti on the walls and skateboards and throw pillows scattered around.

….On a recent Tuesday morning…a couple of car executives huddled around a “persona board” in the color and trim laboratory. They studied a collage loaded with images of hip products like headphones designed by Dr. Dre, a tablet computer and a chunky watch. The board inspired new Chevrolet colors, like “techno pink,” “lemonade” and “denim,” aimed at “a 23-year-old who shops at H&M and Target and listens to Wale with Beats headphones,” said Rebecca Waldmeir, a color and trim designer for Chevrolet. This rainbow of youthful hues will be available on the Spark this summer.

In fairness, the story does mention in passing possible changes to dashboard technology (you need MTV Scratch for that?) and dealership structure (good luck!). But it’s all pretty hazy except for the new colors. I dunno. I’m 53 years old, and even I’m not feeling the hipness. More like the stink of fear.