I’m catching up on stuff that I missed while I was on vacation, and today I read the big New York Times piece on Barack Obama’s terrorist “kill list.” I’ll have more on that later — I’m still digesting it at the moment — but in the meantime one sentence of the story caught my attention for an entirely unrelated reason:

When the administration floated a plan to transfer from Guantánamo to Northern Virginia two Uighurs, members of a largely Muslim ethnic minority from China who are considered no threat to the United States, Virginia Republicans led by Representative Frank R. Wolf denounced the idea. The administration backed down.

That show of weakness doomed the effort to close Guantánamo, the same administration official said. “Lyndon Johnson would have steamrolled the guy,” he said. “That’s not what happened. It’s like a boxing match where a cut opens over a guy’s eye.”

Like thousands of other people, I just finished reading the fourth volume of Robert Caro’s biography of Lyndon Johnson and it made me even more impatient with people who are constantly complaining about Barack Obama’s wimpiness 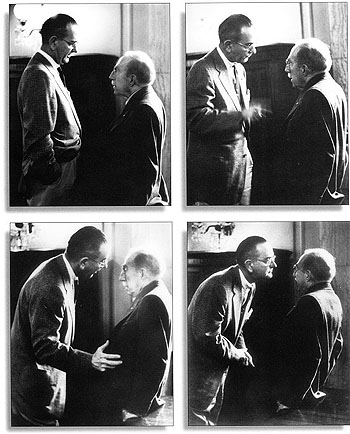 compared to LBJ. The second half of Caro’s book is about the first few months of Johnson’s presidency, and legislatively it’s primarily about how he won passage of two big bills: a major tax cut and the 1964 Civil Rights Act. So let’s go down the list of things LBJ did:

None of this is to say that Obama has used every bit of clout he has, or that a little more hard-nosed bargaining might not have done him some good here and there. Nor is to deny that LBJ had a natural instinct for finding pressure points he could exploit. But for the most part, the tools that LBJ used just flatly aren’t available to Obama. And of the ones that are, he’s used them.

So can we stop hearing about how much more Obama could have gotten done if only he’d been more willing to really use the power of the presidency, like LBJ did? There’s no more than the tiniest grain of truth to it. Washington DC is a far different place today than it was in 1964, and Obama has to deal with his Washington, not LBJ’s.