Greg Sargent has been arguing for a while that Republicans run the risk of turning off voters if they go overboard on scandalmania. A new Washington Post poll bolsters his argument:

The Post poll finds a majority believes the Obama administration is trying to “cover up” facts about the IRS scandal and that a plurality thinks it is trying to cover up Benghazi facts. These numbers are at odds with yesterday’s CNN poll, which found more Americans think Obama is being truthful. But that aside, in spite of these negative findings about the scandals, the Post poll also finds that Obama’s approval rating is holding steady, at 51 percent, and the economy may be the reason 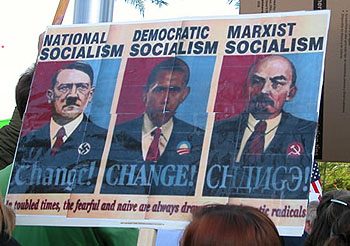 why: Majorities believe the economy is beginning to recover and are optimistic about where the economy will go in the next year.

I’ll play devil’s advocate here. First, I think 1998 was probably unique: The nature of the scandal was clear to everyone and a majority of Americans simply didn’t think it was very serious. The nature of our current set of contretemps isn’t yet clear, and the Post poll makes it plain that most Americans do take them seriously. As we learn more, there’s every chance that the public could view them as even more serious. In fact, they probably will. After all, a big pile of scandals in the sixth year of a presidency usually spells trouble. 1998 is the sole exception, and I wouldn’t hang too much on it.

Third, I’d like to see the crosstabs for the Post poll. How partisan are the results? Where do independents stand? If this is already a pure partisan battle, it won’t go anywhere. But if Democrats are wavering, or if independents are mostly agreeing with Republicans, that could spell trouble.

Finally, approval ratings have a certain amount of inertia. It’s possible that there just hasn’t been time yet for all of this stuff to affect Obama’s approval rating. It may well start to suffer in the coming months, even if the economy does keep improving.

Do I actually believe all this? Sort of. But Republicans still have several problems. First, they’re having a hard time tying anything serious to President Obama, and I don’t expect that to change. Second, even if they avoid going down the impeachment rabbit hole, they show all the signs of a party just itching to shoot itself in the foot. The bogus email leaks are a case in point: you lose the press when you pull stunts like that. Finally, this is all happening too early. Maybe Republicans can keep up the outrage for a few months, but a year and a half? I really have a hard time seeing that.

Right now, Republicans are benefiting from a press corps that’s offended by the AP subpoenas and Jay Carney’s evasions over the Benghazi talking points. But their pique won’t last forever. In the end, Sargent is probably right: these “scandals” are going to fade, and Republicans are going to get more and more desperate to keep them in the spotlight. That’s pretty likely to lead them down a road to disaster.