I’ve written before that America is in danger of adopting de facto parliamentary rule, but within a presidential system that never developed the parliamentary norms to make this work. A regular reader emailed this weekend to ask a very basic question: what does this mean? How does a parliamentary system work, anyway?

I’m reluctant to take this on, because there are lots of different kinds of parliamentary systems and lots of subtleties about how they work. Still, at the risk of being inundated with comments about all the stuff I’m leaving out, maybe it’s worth providing a really simple primer about this.

Roughly speaking, in a parliamentary system there’s only a single house of the legislature. (If there are two, the upper house usually has very limited powers these days.) As a voter, the only thing you do in an election is vote for a member of parliament for your district. 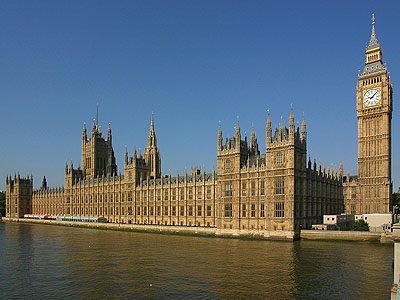 Whichever party wins the most seats is the winner of the election.

There’s no president in this system.1 The leader of the winning party becomes prime minister and forms a government. Party discipline, in most cases, is absolute. The party leadership submits legislation to implement its campaign platform, and every member of the party is expected to vote for it. Thus, the kind of gridlock we suffer from is very rare: the prime minister and his or her cabinet always have a majority of the votes in parliament, so they can be assured that their platform will be implemented exactly as they want it to be. Only in rare cases will members of the majority party decline to support the leadership on an important vote. When this happens, it’s taken as a vote of “no confidence” in the government and a new election is held.

The advantage of a parliamentary system is accountability: the parties run on their platforms, and the winning party always has the authority to implement its platform. If the voters don’t like it, they can throw the bums out at the next election. The biggest drawback, probably, is the difficulty of forming a government if no single party wins a majority. In this case, the party that won the most seats typically tries to form a coalition with other likeminded parties. As you can imagine, coalitions can be fairly fragile, and if they fall apart too often you can end up with frequent elections and pretty chaotic governance.

That’s the nickel explanation. So what’s this business about “de facto parliamentary rule” in the United States? The key issue here is party discipline. In the past, the Republican and Democratic parties had fairly weak discipline. It was common for Republicans and Democrats to defect to the other side on particular votes, and this kind of horse-trading allowed us to muddle along fairly well even when Congress and the president were of different parties.

Today, that’s changed. Like a parliamentary system, we have pretty tight party discipline with virtually no defections. That works fine if you actually have a parliamentary system, where the majority party always has the power to pass laws and implement its platform. And the existence of no-confidence votes provides an escape valve that allows early elections if the government fails in some spectacular way or public opinion changes dramatically.

But strict party discipline doesn’t work so well in a presidential system like ours. There’s no formal mechanism to force agreement between a Congress and a president of opposite parties, so when traditional horse-trading disappears you have a recipe for gridlock. Nor is there an equivalent of a no-confidence vote. If the government is gridlocked, you’re out of luck until the next scheduled election.

Ours is the exception, having endured for over two centuries. But the development of strict party discipline over the past couple of decades has put us in a dangerous position. One way or another, governments have to work. Right now, ours doesn’t, and something has to give. But what?

1Actually, there is, sometimes. But it’s usually a fairly minor post with mostly ceremonial powers.