I was not as blown away by 12 Years a Slave as Jonathan Chait was, but no matter. Tastes differ. However, in a long piece yesterday, Chait used the film as a springboard to talk about modern-day conservative 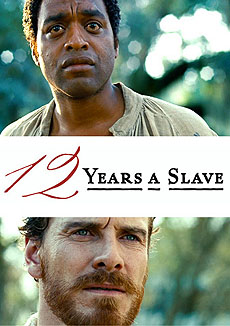 resistance to the idea that racial discrimination is still a problem. Here’s his final paragraph:

Conservatives can transport themselves for two hours into the hellish antebellum world of 12 Years a Slave and experience the same horror and grief that liberals feel. What they cannot do, almost uniformly, is walk out of the theater and detect the still-extant residue of that world all around them.

Chait is quite correct that conservatives mostly refuse to acknowledge the reality of modern racism. Not the bullwhips of 1850 or the fire hoses of a century later, but the constant, petty abuses, police stops, lousy schools, social wariness, and legal injustices that remain part of daily life for most African-Americans. These things are hard for most whites to detect—I imagine I’m fairly typical in understanding them mostly as cultural abstractions, not because I ever encounter them in my personal life—and conservatives rarely even try. Instead, they mostly choose to view them as mere partisan inventions brought up to make the right look hateful and bigoted.

Odd as it sounds, movies like 12 Years a Slave may confirm this worldview more than they challenge it. After all, the point of the film is to show us the unrelenting horrors of slavery: the beatings, the fear, the subjugation, and the degradation. But the more horrific the on-screen portrayal, the more difficult it is to see parallels with the modern world. Regardless of how pervasive institutional racism still is, it shares little emotional resonance with the appalling cruelty of the antebellum South. Because of that, the obvious reaction of anyone walking out of the theater is a sense of relief that this has all been relegated to the ash heap of history.

12 Years a Slave was a fine film. But expecting it to change anyone’s views on affirmative action or voter ID laws is expecting too much. Ironically, it’s more likely to do just the opposite. In many ways, it’s basically a license to view racism as a horror uniquely of the past.