Perhaps you don’t know this, what with having a life and all, but the right has been throwing mini-conniptions for the past week or two over the liberal media’s response to the movie Lone Survivor. This example is typical. Jonah Goldberg has a suitably toned down version for a mainstream op-ed page here:

Hollywood has never been opposed to propaganda. When Hollywood’s self-declared auteurs and artistes denounce propaganda as the enemy of art, almost invariably what they really mean is “propaganda we don’t like.”

Consider the film “Lone Survivor,” which tells the true story of heroic Navy SEALs in Afghanistan. The film has been denounced by some critics; a “jingoistic, pornographic work of war propaganda,” in the words of one reviewer. Richard Corliss of Time 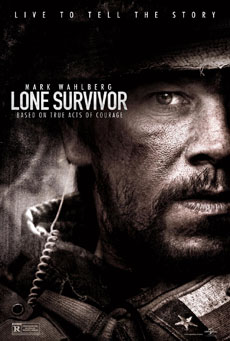 chimed in: “That these events actually happened doesn’t necessarily make it plausible or powerful in a movie, or keep it from seeming like convenient propaganda.” Similar complaints (from non-conservatives, at least) about antiwar films made during the George W. Bush years are much harder to find.

This got me curious. I haven’t seen the movie myself, so I hopped over to Wikipedia to see what it had to say:

Lone Survivor opened in limited release in the United States on December 25, 2013, before opening across North America on January 10, 2014, to critical acclaim and strong financial success. Critical reaction to the film was mostly positive, with commentators praising Berg’s direction, as well as the acting, story, visuals, and battle sequences.

….Lone Survivor has received “largely positive reviews” from film critics, according to The Hollywood Reporter. The Los Angeles Times reported the critics’ consensus was that “the film succeeds in bringing the mission to life, although it avoids probing the deeper issues at hand.” Review aggregator Rotten Tomatoes sampled 154 reviews, and as of January 2014, the film holds a 73% rating, with an average score of 6.6/10….Another review aggregator, Metacritic, assigned the film a weighted average score of 60 (out of 100), based on 41 reviews from mainstream critics, considered to be “mixed or average reviews”.

How about that? Wikipedia also informs me that five studios originally put in bids for the film rights. What’s more, Lone Survivor has been nominated for two Academy Awards and has already won several other awards.

Nonetheless, it was reviewed negatively by some critics, including a couple of lefties who don’t care much for war films. And that’s all it takes these days to get the grievance machine rolling. It’s yet more proof that liberals hate America.

UPDATE: Apparently this all dates back to a Jake Tapper interview with the real-life SEAL the movie is based on, which got twisted into a belief that Tapper said the other members of the SEAL team “died for nothing.” Asawin Suebsaeng has the deets here.