Andrew Sullivan made the mistake of spending an evening watching Fox News:

Here’s the gist: the president is a lawless dictator, abetting America’s Islamist foes around the world, releasing Taliban prisoners to aid in his own jihad on America, fomenting a new caliphate in Iraq, 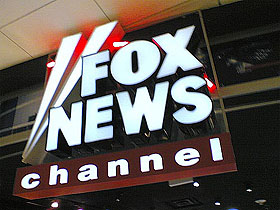 and encouraging children to rush the Mexican border to up his vote-count, while effectively leaving those borders open to achieve his “fundamental transformation of America.”

I watched Megyn Kelly, who is regarded as more centrist than Sean Hannity. You could have fooled me. The guests were Brent Bozell, far right veteran, and Andy McCarthy, pro-torture activist touting his book calling for Obama’s impeachment. The only pushback Kelly provided to a relentless stream of hysteria was to ask whether the president sincerely wanted another terror attack on America — since it would hurt his approval ratings. And that provided the only qualification to the picture of a Jihadist in the White House determined to destroy the America he loathes.

That’s classic. Hey guys. We all know Obama’s an empty suit who only cares about his poll standings. Amirite? So maybe he’s opposed to terror attacks on America after all. You know, just to keep his approval ratings up.

I wish I had something really insightful to say about this, because for all the attention it gets, it still deserves more. Over the years, the more that I’ve thought about the evolution of conservative politics over the past few decades, the more I become convinced that Fox News is really at the center of it. Sure, it all started with a base of Reagan and the Christian Right and talk radio and the Republican takeover of the South. But Newt Gingrich was the game changer. He’s the one who brought conservative politics to a truly new, truly unprecedented level of toxic rancor.

Here’s the thing, though: As critical as Gingrich was, he lasted only a few years before flaming out and becoming a historical footnote. It was Fox News that became the ongoing, institutional expression of Gingrichism. The Republican Party would have turned right in any case, but without Fox I’m just not sure Gingrichism would ever have developed a critical mass. Without Fox, our politics never would have gotten so astonishingly toxic that a significant fraction of the nation—not just a fringe—honestly believes that we have a lawless, America-hating tyrant in the White House who’s literally committed himself to destroying the country from both within and without.

Yes, the tea party has won. But it won because of support from Fox News. In reality, it’s Fox News that won. And for all that Fox gets a lot of attention, I still wonder how many non-conservatives really watch it. Not just the occasional clip on Jon Stewart or Media Matters that’s good for a laugh or an eye roll. How many really sit down occasionally and take in a full evening? Or a whole day? Because that’s the only way you’ll really understand.