Here is your statistic of the day: 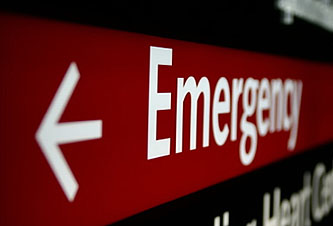 according to Merritt Hawkins, a physician staffing firm.

Why is this? A shortage of ER physicians? More emergencies? Higher standards for ER work?

Nope. Elisabeth Rosenthal’s latest rage-inducing piece about America’s health care system1 suggests the reason is far more corrupt. Apparently one of the great trends in American health care2 is to outsource ER staffing. This means that even if you’re careful—possibly while in great pain or barely even coherent—to show up at an in-network ER covered by your insurance plan, there’s a pretty good chance that the actual doctors who attend you aren’t in your network. Naturally, this being American health care,3 you have no choice in this matter even if you’re savvy enough to know about the whole in-network and out-of-network distinction. And as we all know, out-of-network docs in the American health care system4 are basically allowed to charge any prices they want. And they do.

This is a great scam for everyone. Presumably hospitals save money because freelance ER docs cost them less. And the ER docs cost less because they know they’ll be able to run the ol’ out-of-network scam on lots of patients, thus raking in the bucks. It’s a win-win.

As a result, during a period of economic stagnation that produced zero wage growth for everyone else, ER docs are now making $64,000 more than they did four years ago. And they’re doing this by preying on the most vulnerable, most easily scammable members of society: folks who are flat on their backs and almost by definition unable to understand what’s going on around them. Not that it would matter if they did, of course. The law provides no recourse even if you don’t like this system. That’s the way things roll in the American health care system.5

If this kind of stuff doesn’t make you pop a vein, I’m not sure what would. It’s right on a par with the telemarketing ghouls who prey on senior citizens with dementia. Except that these guys wear white coats and are welcomed into all the best country clubs.