Alec MacGillis writes that there was a very specific reason for the surprising Republican win on Tuesday in the Maryland governor’s race:

I knew Democrat Anthony Brown was in trouble in the race for Maryland governor when every single voter I spoke with Tuesday—including several who voted for Barack Obama—at a polling station in a swing district in Baltimore County, just outside the Baltimore city line in the Overlea neighborhood, brought up the rain tax.

The rain tax is a “stormwater management fee” signed into law by Governor Martin O’Malley in 2012 that requires the state’s nine largest counties, plus Baltimore city, to help fund the reduction of pollution in Chesapeake Bay caused by stormwater runoff. The tax is hardly draconian—in Baltimore County, homeowners pay a flat fee that can range 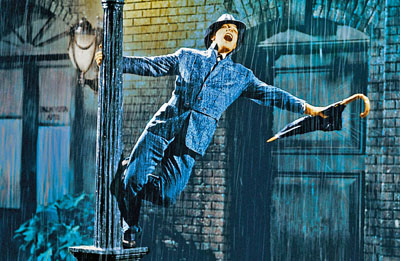 from $21 to $39, while commercial property owners are assessed based on the proportion of impervious surfaces (parking lots, roofs, etc.) on their land.

As a native Californian, this naturally brings back memories of the infamous “car tax,” which Arnold Schwarzenegger cynically rode to victory in a special election in 2003. And this wasn’t even a new tax. A few years earlier the vehicle license fee had been lowered under Governor Gray Davis, but with a proviso that it would go back up if state finances deteriorated. Sure enough, when the dotcom boom turned into the dotcom bust, the state budget tanked and eventually Davis signed an order restoring the old VLF rates. But the VLF never actually increased; it merely returned to the same level it was at before it had been cut.

It didn’t matter. Schwarzenegger ran endless TV commercials starring ordinary citizens who simply couldn’t believe that anyone expected them to survive if they had to pay the outrageous Democrat car tax. It was just more than a body could bear. (Yes, that really was the tone of the ads. I’m not making it up.) All this caterwauling was over an average of about $70 in taxes that everyone had been paying with no noticeable distress just four years earlier.

And Arnold won. Cutting the VLF made California’s finances even worse, of course, as did Arnold’s cynical-beyond-all-imagining bond measure a couple of years later to make up for the revenue shortfall. As usual, Californians were somehow suckered into thinking that this was free money of some kind, not something that would cost more in the long run than just paying the VLF in the first place.

Anyway, this is just a long-winded way of saying that lots of liberals have spent the past few years predicting the end of the tax revolt. I plead guilty to this once or twice myself. It generally seems to happen whenever some state or another successfully passes a tax for something, but as California showed a decade ago and as Maryland showed yesterday, it ain’t so. I think it’s fair to say that raising taxes is no longer an automatic kiss of death, but it’s still pretty damn dangerous. For the most part, we still live in Grover Norquist’s world.