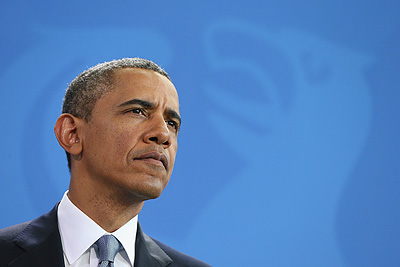 Speaking of climate change, Politico reminds us today that although Republicans may blindly oppose any and all plans to reduce greenhouse gas emissions, there’s a whole lot already baked into the cake that they can’t do much about:

The coming rollout includes a Dec. 1 proposal by EPA to tighten limits on smog-causing ozone, which business groups say could be the costliest federal regulation of all time; a final rule Dec. 19 for clamping down on disposal of power plants’ toxic coal ash; the Jan. 1 start date for a long-debated rule prohibiting states from polluting the air of their downwind neighbors; and a Jan. 8 deadline for issuing a final rule restricting greenhouse gas emissions from future power plants. That last rule is a centerpiece of Obama’s most ambitious environmental effort, the big plan for combating climate change that he announced at Georgetown University in June 2013.

….The administration was committed to its upcoming deadlines many months ago, in some cases under court order, after postponing a number of the actions until after the 2012 or 2014 elections. Now that Obama is almost out of time, they’re coming all at once.

On deck are even more climate actions that will stretch well into 2015. In June, EPA is due to put out a final version of its rule for cutting greenhouse gases from the nation’s existing power plants — the linchpin of Obama’s entire climate effort.

Now, this is probably not enough to meet even the modest goals that Obama agreed to with China, but it’s unquestionably the most ambitious effort of any president ever. And there’s not much that Republicans can do to stop it. They can delay some of this stuff a bit, but that’s just window dressing. Once the final rules are in place, there’s nothing they can do to roll them back without Democratic support. And that’s not likely to come.

Unlike Obama’s threatened immigration rules, these are all things that have been in the pipeline for years. Obama doesn’t have to take any active steps to make them happen, and Republicans can’t pretend that any of them are a “poke in the eye,” or whatever the latest bit of post-election kvetching is. This stuff is as good as done, and second only to Obamacare, it’s right up there as one of the biggest legacies of Obama’s presidency.