Climate change deniers don’t have a lot of credible scientists who support their view. But they have a few, and one of the busiest and most prolific is Wei-Hock Soon, who insists that global warming is caused by variations in the sun’s output, not by anything humans are doing. Soon’s doctorate is in aerospace engineering, not atmospheric science or geophysics or some more 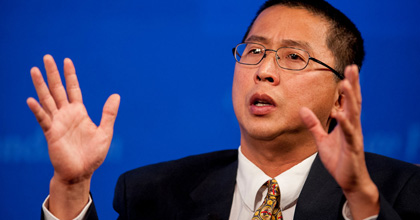 relevant discipline, but he’s nonetheless an actual scientist and a reliable ally for the climate deniers.

He has accepted more than $1.2 million in money from the fossil-fuel industry over the last decade while failing to disclose that conflict of interest in most of his scientific papers. At least 11 papers he has published since 2008 omitted such a disclosure, and in at least eight of those cases, he appears to have violated ethical guidelines of the journals that published his work.

The documents show that Dr. Soon, in correspondence with his corporate funders, described many of his scientific papers as “deliverables” that he completed in exchange for their money. He used the same term to describe testimony he prepared for Congress.

Oops. But a friend of mine suggests that the real news is the way climate change was treated by the Times reporters who wrote the story. Here are a few snippets:

The documents shed light on the role of scientists like Dr. Soon in fostering public debate over whether human activity is causing global warming. The vast majority of experts have concluded that it is and that greenhouse emissions pose long-term risks to civilization.

….Many experts in the field say that Dr. Soon uses out-of-date data, publishes spurious correlations between solar output and climate indicators, and does not take account of the evidence implicating emissions from human behavior in climate change….“The science that Willie Soon does is almost pointless,” [said Gavin A. Schmidt, head of the Goddard Institute for Space Studies in Manhattan].

The Harvard-Smithsonian Center for Astrophysics, whose scientists focus largely on understanding distant stars and galaxies, routinely distances itself from Dr. Soon’s findings. The Smithsonian has also published a statement accepting the scientific consensus on climate change.

There’s no he-said-she-said in this piece. No critics are quoted suggesting that there’s an honest controversy about human contributions to climate change. There’s no weaseling. It’s simply assumed that climate change is real and humans are a primary cause—the same way a similar article might assume that evolution or general relativity are true.

I haven’t followed the Times’ coverage of climate change in close enough detail to know if this represents an editorial change of direction or not. But whether it’s new or not, it’s nice to see. More please.