Walter Frick writes in the Atlantic about recent research which suggests that a strong social safety net increases entrepreneurship. For example, one researcher found that expansion of the food stamp 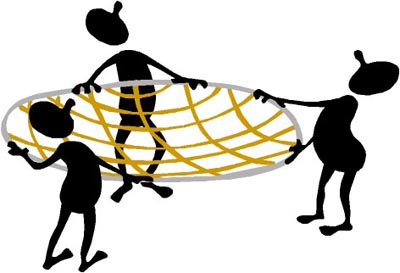 program led to a higher chance that eligible households would start new businesses:

Interestingly, most of these new entrepreneurs didn’t actually enroll in the food stamp program. It seems that expanding the availability of food stamps increased business formation by making it less risky for entrepreneurs to strike out on their own. Simply knowing that they could fall back on food stamps if their venture failed was enough to make them more likely to take risks.

The same is true of other programs. For example, the Children’s Health Insurance Program:

By comparing the rate of entrepreneurship of those who just barely qualified for CHIP to those whose incomes just barely exceeded the cutoff, he was able to estimate the program’s impact on new business creation. The rate of incorporated business ownership for those eligible households just below the cutoff was 31 percent greater than for similarly situated families that could not rely on CHIP to care for their children if they needed it.

The same is true of recent immigrants to the United States. Contrary to claims by the right that welfare keeps immigrants from living up to their historic role as entrepreneurs, CHIP eligibility increased those households’ chances of owning an incorporated business by 28 percent.

The mechanism in each case is the same: publicly funded insurance lowers the risk of starting a business, since entrepreneurs needn’t fear financial ruin. (This same logic explains why more forgiving bankruptcy laws are associated with more entrepreneurship.)

Personally, I’d tentatively file this under the category of news that’s a little too good to be true. After all, I’m a liberal. I want to believe this! And I haven’t noticed that European rates of entrepreneurship are especially great, despite the fact that their safety net is much stronger than ours.

Still, what’s true in America might be different from what’s true in Europe. Different cultures etc. So it’s worth reading the whole piece, which is generally pretty nuanced in its claims. At the very least, though, it certainly suggests that a strong safety net doesn’t hurt entrepreneurship.