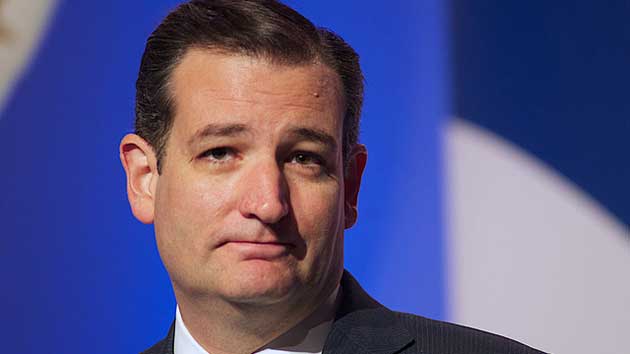 Oh dear. Here’s some bad news for Ted Cruz on his very first day as an official presidential candidate:

For years, business lobbyists complained about what they derided as “job killer” laws that drive employers out of California. Rival state governors, notably former Texas Gov. Rick Perry, made highly publicized visits to the Golden State in hopes of poaching jobs.

Them’s the breaks. There’s no more “Texas Miracle” for either Cruz or Rick Perry. We’re in the middle of a California Miracle right now.

So how is Sodom on the Pacific pulling this off? Actually, that’s pretty easy to answer. California was hit hard by the housing bubble, while Texas wasn’t. So California’s economy took a big hit during the recession and the slow recovery, while Texas did pretty well—aided and abetted by a rise in oil prices.

Now everything has turned around. California is rebounding strongly from the housing crisis while Texas is suffering from the global collapse in oil prices. There is, frankly, nothing very miraculous about either story. It’s just the 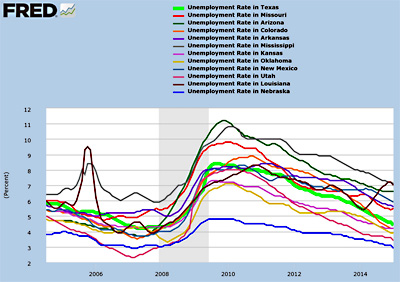 business cycle at work in a fairly normal and predictable way.

In fact, you may recall that there was never much of a Texas Miracle in the first place. It was mostly just PR bluster, as the chart on the right shows. The thick green line shows the unemployment rate in Texas compared to its neighboring states, and Texas is right smack in the middle—and it always has been. It’s better than half a dozen nearby states and worse than another half dozen. It is, sad to say, entirely average. That’s not something Texans are likely to take kindly to, but numbers don’t lie.