One of the more entertaining aspects of the 2012 presidential race was keeping track of the ever-expanding array of fanciful tax plans from Republicans. Even after Herman Cain announced his absurd 9-9-9 plan, other plans that would cut taxes even more kept coming down the pike. No candidate was willing to give up the mantle of biggest tax cutter.

But that wasn’t the truly entertaining part. The entertainment came from the fact that the candidates were all willing to describe in almost loving detail what they’d cut: capital gains vs. regular income; different tax brackets; precise rates that millionaires would have to pay; and so forth. But when anyone asked which tax deductions and tax credits 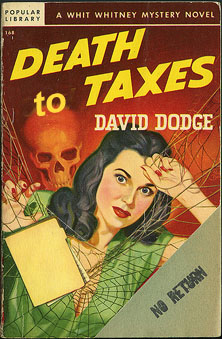 they’d kill in order to make their plans revenue neutral, they’d blush like schoolchildren and insist that only Congress could make that call. So brave!

Josh Barro reports today that even with only a few candidates yet in the race, Republicans are already tying themselves in knots over taxes:

There are a few ways the 2016 Republican candidates can avoid the Romney middle-class tax trap. They can break with party tradition and abandon the position that there should be significant tax-rate cuts for top earners. They can forthrightly defend the idea that people with low and middle incomes should pay more. They can abandon the promise of revenue neutrality — so a tax cut for the rich does not need to be offset by tax increases elsewhere. They can be as vague as possible.

That’s only six candidates, and there are many more to come—and we can expect plenty of tax fantasyland from all of them, I think. I mean, can you imagine what Lindsey Graham or Carly Fiorina are going to come up with? The mind reels. With the exception of the poor shmoes at the Tax Policy Center, who have to pretend to take this stuff seriously while they trudge through their analysis of each and every farfetched plan, it should be plenty of fun for the rest of us. Which candidate will come up with the most ridiculous, most pandering plan of all? Your guess is as good as mine.