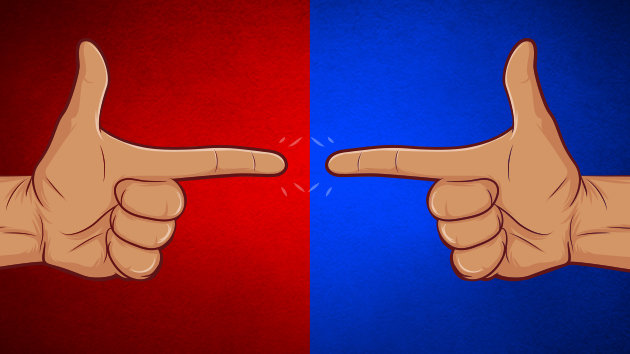 Kevin Drum doesn’t write much about guns, which is why I’m going to keep on it a bit here and honor him by rolling out the red carpet for a bunch of grating 2A trolls to stampede into the comments thread.

How exactly is that going to honor Kevin, you ask? By underscoring what his legions of intelligent readers already know: These dudes could learn a thing or three from Kevin Drum. He’s open-minded and deeply curious. He asks shrewd questions and tests his own assumptions. He respects data. And he’s a damn fine writer—clear, to the point, and not always entirely correct but who the hell cares because he’s right there chatting with you as if happy hour has come early today and the drinks are already on the table. (Godspeed, Kevin—we miss you, we’re stoked that you’re on the road back to full-time badass blogger, and we’ll see you again soon.)

So, to the subject at hand: Late last week, I spoke with Michael Krasny on KQED’s Forum about our deep investigation into the economic toll from gun violence, which dings America for no less than $229 billion a year. (Yes, that’s capital-B billion, further explained visually here and methodologically here.) The project has made waves not just for that staggering sum, but because we spent months digging up the elusive data behind it, from the personal to the societal. Yet, as listeners called into the show with questions, I was quickly reminded of just how ridiculously dumb and polarizing the gun debate really is—thanks to both sides—even in the face of groundbreaking information.

After a former US Marine came on the air and criticized the National Rifle Association for lying, the next caller, another gun owner, promptly denounced him for speaking against the Second Amendment and being “full of it.” (Which in this arena is basically the equivalent of a puppy’s kiss.) That was followed by a woman who wanted to know what could be done to prevent gun manufacturers from manufacturing guns, whether “we could stop it at the source.”

And that, in a nutshell, is pretty much the state of America’s gun debate. Here’s more of it—but also some vivid stories and data from those who know gun violence firsthand:

Having reported on this subject intensively for the last three years, I’m still not totally sure whether guns kill people or people kill people, but I’m almost certain that you can be riddled to death with inanities. (See, for the umpteenth time: “Knives, baseball bats, and hands and feet kill people too!!”)

But while there are offenders at both ends of the spectrum, one side is fundamentally responsible for the enduring standoff. The NRA’s power tends to be regarded as legendary in politics and in the media, though it’s probably overstated, especially nowadays. Still, the gun lobby has pulled off a messaging feat decades in the making—its leaders perpetually blasting away with the idea that any discussion of guns in America can be nothing other than a brutal dichotomy. You’re either a defender of constitutional liberty, their premise goes, or you’re an anti-freedom “gun grabber.” Barack Obama’s mass seizure of law-abiding citizens’ firearms may have yet to materialize six-plus years in, but the NRA is taking no chances, already preparing as it is for Hillary Clinton’s own nefarious plans.

The NRA’s former “point person” in Congress now agrees that research on gun violence is essential.

More than just inciting the imagination of the NRA’s political base, this construct evidently has become the default setting for the national debate. Some of the blame also falls on the gun-control movement, which expends considerable energy pontificating about how the NRA is evil. Of course, this bleak if cartoonish disconnect hardly reflects most Americans’ attitudes about firearms, gun owners included.

But it has caused some very real, very serious collateral damage, according to numerous public health experts I’ve spoken with. The American medical community is nearly unanimous that gun violence is a serious public health threat, and yet, as we detailed in the aforementioned investigation, there remains precious little research on the problem, let alone funding to do more. As Mark Rosenberg, the former director of the CDC’s National Center for Injury Prevention and Control put it during another recent radio conversation, the entrenched gun debate itself carries a steep price:

This is really destructive to our ability to make progress. It’s posed as an “either or,” and this was done by strategists working for the NRA over a long period of time. They wanted people to think that either you protect the rights of all gun owners to keep their guns, or you do research on gun violence, and that the two are diametrically opposed. And they had a zero-tolerance philosophy that said, “You can’t even discuss research on gun violence because that leads down the slippery slope of all of us losing our guns.” And that’s led us into the morass where we are today.

One of Rosenberg’s fiercest old adversaries, former Republican Rep. Jay Dickey of Arkansas—who in his own words “served as the NRA’s point person in Congress”—now agrees with Rosenberg. After the mass shooting in Aurora, Colorado (which cost that community at least $100 million), the two published a joint op-ed in the Washington Post: “We were on opposite sides of the heated battle 16 years ago,” they wrote, “but we are in strong agreement now that scientific research should be conducted into preventing firearm injuries and that ways to prevent firearm deaths can be found without encroaching on the rights of legitimate gun owners. The same evidence-based approach that is saving millions of lives from motor-vehicle crashes, as well as from smoking, cancer and HIV/AIDS, can help reduce the toll of deaths and injuries from gun violence.”

Read their whole July 2012 piece, look at the findings from our new data investigation, and you’ll also begin to see—another 100,000 deaths, 250,000 injuries, and one unthinkable elementary school massacre later—just how much we still don’t know.