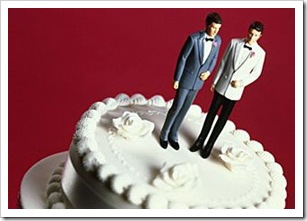 Jonathan Bernstein gets it right on same-sex marriage:

Perhaps the most amazing thing about the Supreme Court’s decision today in Obergefell, which recognizes marriage as a basic right, is that it’s not going to be very controversial.

….How do I know? Because we’ve seen it in state after state in which marriage equality was enacted. There’s no controversy remaining in Massachusetts; for that matter, there’s little or no controversy remaining in Iowa, which had court-imposed marriage equality in 2009. On a related issue, conflict over gays and lesbians serving in the military ended immediately after “don’t ask don’t tell” was replaced four years ago. In practice, extending full citizenship and human rights to all regardless of sexual orientation and identity is actually not all that controversial — at least not after the fact.

I get the fact that gay marriage seems creepy and unnatural to some people. I don’t like this attitude, and I don’t feel it myself, but I get it.

But you know what? Bernstein is right. For a while it will continue to be a political football, but not for long. Even the opponents will quickly realize that same-sex marriage changes….nothing. Life goes on normally. The gay couples in town still live and hang out together just like they always have, and a few marriage ceremonies didn’t change that. In their own houses, everything stays the same. The actual impact is zero. No one is trying to recruit their kids to the cause. Their churches continue to marry whoever they want to marry. After a few months or a few years, they just forget about it. After all, the lawn needs mowing and the kids have to get ferried to soccer practice and Chinese sounds good for dinner—and that gay couple who run the Jade Palace over on 4th sure make a mean Kung Pao Chicken. And that’s it.