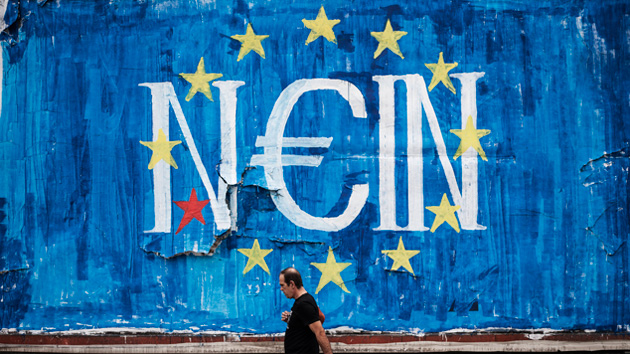 Today’s news is all about Greece. To make a long story short, the Greeks last week presented the Europeans with an austerity proposal that was pretty much what they had been asking for. But it turned out that “pretty much” wasn’t good enough. The Europeans wanted exactly what they had been asking for and sent the Greeks packing. Talks broke down completely, and the Greek prime minister has called for a referendum later this week. The question: whether to accept the humiliating European terms and stay in the euro, or to reject the terms and exit the euro. Paul Krugman offers his opinion:

I would vote no, for two reasons. First, much as the prospect of euro exit frightens everyone—me included—the troika is now effectively demanding that the policy regime of the past five years be continued indefinitely. Where is the hope in that? Maybe, just maybe, the willingness to leave will inspire a rethink, although probably not. But even so, devaluation couldn’t create that much more chaos than already exists, and would pave the way for eventual recovery, just as it has in many other times and places. Greece is not that different.

Second, the political implications of a yes vote would be deeply troubling. The troika clearly did a reverse Corleone—they made Tsipras an offer he can’t accept, and presumably did this knowingly. So the ultimatum was, in effect, a move to replace the Greek government. And even if you don’t like Syriza, that has to be disturbing for anyone who believes in European ideals.

It’s worth unpacking this a bit, and doing it in the simplest possible way. If Greeks vote no on the European proposal, it’s basically a vote to abandon the euro and recreate a new version of their old currency. Call it the New Drachma. They would then devalue the ND, making Greek exports more competitive in the international market. That would mean more tourists, more olive exports, and more fish exports. At least, that’s what it would mean in the long term.

In the short term it would mean chaos. Banks would close, and capital controls would be put in place until the new currency could be put in circulation. Imports would skyrocket in price, and this would effectively mean pay cuts for everyone. Savings would be lost, and pensions would be effectively slashed.

In other words, Greece would almost certainly suffer more short-term austerity by leaving the euro than by staying within in it. The payoff, hopefully, would be control of their own currency, which would allow them to rebalance their economy in the long run and begin a true economic recovery. In the meantime, however, I’d be skeptical of Krugman’s belief that leaving the euro would cause a bit of chaos, but not much more than Greece is already suffering. Here’s Barry Eichengreen:

Nearly a decade ago, I analyzed scenarios for a country leaving the eurozone.…The costs, I concluded, would be severe and heavily front-loaded.…a bank run…shutter[ing] the financial system.…losing access to not just their savings but also imported petrol, medicines and foodstuffs.…Not only would any subsequent benefits, by comparison, be delayed, but they would be disappointingly small.…Any improvement in export competitiveness due to depreciation of the newly reintroduced national currency would prove ephemeral.…Greece’s.…leading export, refined petroleum, 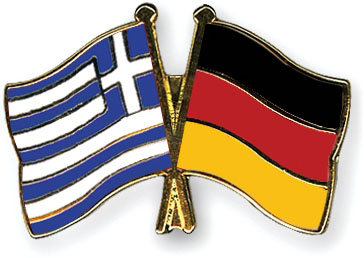 is priced in dollars and relies on imported oil.…Agricultural exports.…will take several harvests to ramp up. And attracting more tourists won’t be easy against a drumbeat of political unrest.

A lot of people think it’s a no-brainer for Greece to leave the euro at this point. This is why it’s not. Make no mistake: it will cause a lot of pain. Greek incomes will effectively be slashed, and it will take years to recover on the backs of improved exports. It’s quite possible that this is the only good long-term solution for Greece, which has been treated badly by its European creditors—for which you should mostly read “German creditors”— but it is no easy decision. There will be a lot of suffering for a lot of years if Greece goes down this road.

This is why the Greek prime minister has called for a referendum on the European proposal. If Greeks vote no, they’re accepting his proposal to exit the euro and accepting the inevitable austerity that will follow. That allows him to keep governing. If they vote yes, he will accept the European proposal and presumably step down from government. The people will have spoken, and effectively they will be saying that they were bluffing all along, and now that their bluff has been called they’re willing to fold.

For Europe, the problem is different. If Greece leaves the euro, it probably won’t affect them very much. The Greek economy is simply too small to matter, and most Greek debt is now held in public hands. However, the political implication are potentially huge: It means the currency union is not forever and ever, as promised. If the pain of using a currency whose value is basically dictated by the needs of Germany becomes too severe, countries will leave. Perhaps later they will be let back in. Instead of a currency union, it will become more of a currency board, with countries coming in and out as they need to. This will be especially true if observers like Krugman are right, and the short-term pain of Greece leaving is mild and long-term recovery is strong. That would send a strong lesson to any future country stuck in the web of German monetary policy and finding itself in a deep and long economic depression.