Whenever a new environmental regulation gets proposed, there’s one thing you can count on: the affected industry will start cranking out research showing that the cost of compliance is so astronomical that it will put them out of business. It happens every time. Then, when the new regs take effect anyway, guess what? 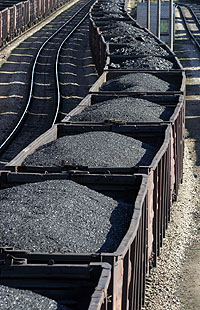 It turns out they aren’t really all that expensive after all. The country gets cleaner and the economy keeps humming along normally. Hard to believe, no?

Apologies for the spoiler, but can you guess what’s happening now that President Obama’s new carbon rules for power plants are about to take effect? Mitch “War on Coal” McConnell has been issuing hysterical warnings about these regulations for years, but the Washington Post reports that—sorry, did you say something? You’ve already guessed, have you?

More striking is what has happened since: Kentucky’s government and electric utilities have quietly positioned themselves to comply with the rule — something state officials expect to do with relatively little effort….“We can meet it,” Kentucky Energy and Environment Secretary Leonard Peters, speaking at a climate conference, said of the EPA’s mandate.

The story is the same across much of the country as the EPA prepares to roll out what is arguably the biggest and most controversial environmental regulation of the Obama presidency….Despite dire warnings and harsh political rhetoric, many states are already on track to meet their targets, even before the EPA formally announces them, interviews and independent studies show.

Iowa is expected to meet half of its carbon-reduction goal by next year, just with the wind-power projects already planned or in construction. Nevada is on track to meet 100 percent of its goal without additional effort, thanks to several huge ­solar-energy farms the state’s electricity utilities were already planning to build. From the Great Lakes to the Southwest, electric utilities were projecting huge drops in greenhouse-gas emissions as they switch from burning coal to natural gas — not because of politics or climate change, but because gas is now cheaper.

“It’s frankly the norm,” said Malcolm Woolf, a former Maryland state energy official and now senior vice president for Advanced Energy Economy….“We’ve yet to find a state that is going to have a real technical challenge meeting this.”

Try to contain your surprise.