You supported Obama. How do you think he’s done?

I think he’s fantastic. He’s my favorite president, hands down, of my lifetime. He’s been awesome this past year. Especially the rapid, one-after-another-after-another-after-another aspect of it. It’s almost like take no prisoners. His he-doesn’t-give-a-shit attitude has just been so cool. Everyone always talks about these lame-duck presidents. I’ve never seen anybody end with this kind of ending. All the people who supported him along the way that questioned this or that and the other? All of their questions are being answered now. 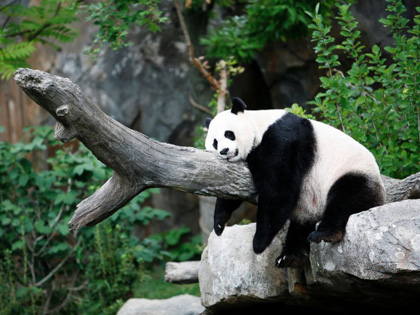 Rapid fire indeed. In no particular order, here’s a baker’s dozen list of his major actions in the nine months since the 2014 midterm elections:

I sure hope those baby pandas survive. It would be a shame if Obama’s legacy were marred by insufficient maternal attention from Mei Xiang.

UPDATE: Greg Sargent comments: “What’s particularly striking is how many of these major moves have been embraced by likely Democratic presidential nominee Hillary Clinton and have been opposed by the 2016 GOP presidential candidates.” In other words, Obama’s late-term actions will provide much of the contrast between the likely Democratic and Republican nominees next year.

That’s partly because Clinton is reconstituting the Obama coalition of millennials, minorities, and socially liberal, college educated whites, who are more likely to support (and care about) action to combat climate change, immigration reform, relaxing relations with Cuba, active government to expand health coverage, and so forth. It’s also partly because the Clinton camp genuinely sees these issue contrasts as useful to the broader mission of painting the GOP as trapped in the past. It’s possible the Clinton team thinks it can pull off a balancing act in which she signals she’d take the presidency in her own direction while vowing to make progress on Obama’s major initiatives and excoriating Republicans for wanting to re-litigate them and roll them back.

Also, too, because Obama and Clinton are both liberals, and are naturally likely to agree on the general direction of the country in the first place. It’s worth remembering that a lot of Democrats struggled in 2008 to find much daylight between the two.