On Saturday the New York Times ran this headline: “Christie Proposes Tracking Immigrants Like FedEx Packages.” We are, of course, supposed to be scandalized by this. After all, if “anchor babies” is dehumanizing to immigrants, surely treating them 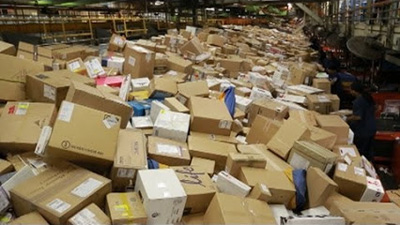 like FedEx packages is nothing short of brutalizing. The article goes on to explain:

Gov. Chris Christie of New Jersey said on Saturday that if he were elected president he would combat illegal immigration by creating a system to track foreign visitors the way FedEx tracks packages. Mr. Christie, who is far back in the pack of candidates for the Republican presidential nomination, said at a campaign event in New Hampshire that he would ask the chief executive of FedEx, Frederick W. Smith, to devise the tracking system.

Uh huh. This is, of course, part of the Trump-inspired “can you top this” game of being tough on illegal immigration. That’s a bit of a yawn, though, since we went through the same thing during the 2012 primaries. What’s more interesting is that Christie’s schtick is Trump-inspired in an entirely different way: pretending that business people can be slotted effortlessly into government positions where they’ll kick some free-market ass and get our government moving again. Trump started this by claiming that he’d send Carl Icahn over to China because he’s a “killer” and would quickly put the Chinese in their place. Now Christie is following suit.

Who else would be able to fix up an inept government agency in a few months? Or maybe it should be the other way around: Are there any government agencies that couldn’t be reformed in short order by the right kind of steely-eyed business leader?