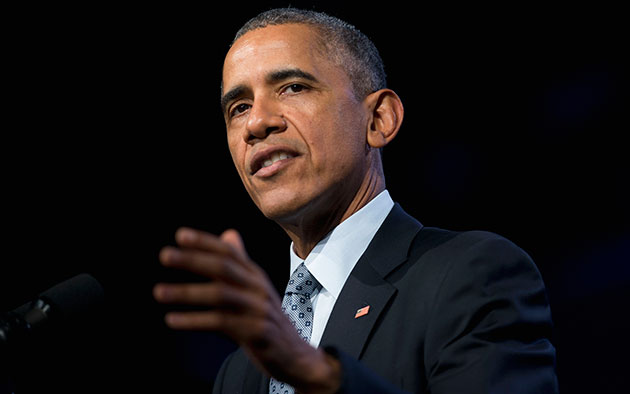 In Wednesday’s debate, Carly Fiorina said this: “We have 400,000 small businesses forming every year in this country….The bad news is, we have 470,000 going out of business every year. And why? They cite Obamacare.”

Later that night, I spent more time than I’m willing to admit trying to track down that number for business closures. Today, via Steve Benen and the Washington Post, I found it: it’s from a 2014 Brookings study about business dynamism. Annotated chart below. So there we have it. Mystery solved. Small business closures have been rising steadily since Reagan was president, and in 2011 the number hit 470,000. And the reason they closed is because of Obamacare. Who would have guessed? 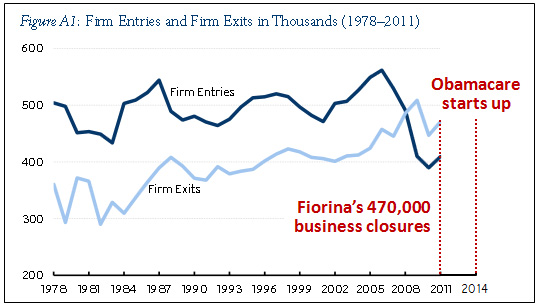