Trump’s victory was propelled by a broad coalition of voters, including evangelicals, voters without a college education, and people who said they were looking for a candidate outside the Republican establishment.

Trump appealed to voters across the ideological spectrum. He won 38 percent of people who describe themselves as “very conservative,” beating Cruz in Cruz’s own territory. And he also led among voters who describe 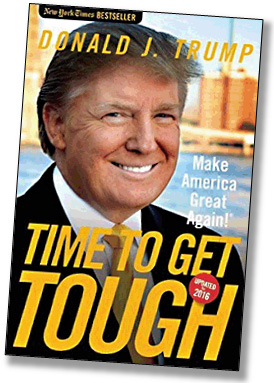 themselves as “somewhat conservative” and even “moderate.” Rubio came in second with both those groups…The broad scope of Trump’s victory paints a dire picture for Republican establishment types hoping his support can be confined to a particular demographic or corner of the country.

The thing that knits all these Trump supporters together isn’t low wages or jobs disappearing overseas or xenophobic fear of anyone nonwhite. You can find each of these qualities in some of Trump’s supporters, but not in all of them. As near as I can tell, the only thing that all of them seem to share is a desire for someone “tough.” Mostly they want someone who’s tough on foreigners of various stripes, but Trump also does well by insisting he’ll be tough on crime, tough on insurance companies, tough on hedge fund managers, and tough on a slew of other malingerers.

And…now I’m trying to think of what to say next. It’s not that I’m surprised toughness sells to a certain audience. What I’m surprised by is that so many people buy the idea that Trump is tough. To me, it looks like a reality show schtick. It’s so obviously phony that it barely seems conceivable that so many people are taken in by it. Is that really all you have to do? Just a lot of blustery talk and that’s that? When did so many Americans get that gullible?

It’s puzzling. Trump is hardly the first demagogue to become popular, so maybe I’m overthinking this. But it feels different this time, as if we’ve become so sucked in by reality TV that we now accept reality TV as reality itself. So that’s what we want: the faux toughness of a reality TV star.

Trump’s act seems so obviously childish to me that I have a hard time accepting the fact that so many people apparently take it seriously. But what else explains him?