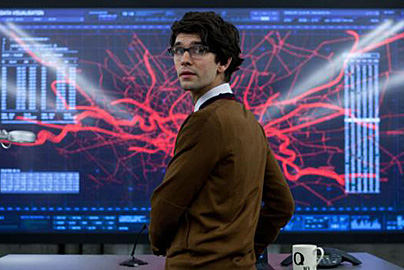 they thought they could get away with it:

The breach began on a quiet Friday last month, when a series of payment instructions arrived at the New York Fed seeking the transfer of nearly $1 billion out of the Bangladeshi account….By the time officials at Bangladesh Bank, the country’s central bank, returned to work, five requests moving about $100 million had gone through. Further transfers totaling roughly $850 million were blocked after “the American bank raised a money laundering alert,” a spokesman for Bangladesh Bank has said.

….The wire transfer of $20 million to Sri Lanka went to the account of a newly formed nongovernmental organization, according to officials in Dhaka. The Sri Lankan bank handling the account reported the unusual transaction to the country’s central bank under that country’s anti-money-laundering laws and authorities reversed the transfer.

The Philippines’ Anti-Money Laundering Council is preparing charges against a number of people allegedly involved in the illegal transfer, council Chairman Amando Tetangco, who is also the governor of the Philippines’ central bank, told The Wall Street Journal in a brief interview late Saturday. He refused to identify those who may be charged but said more details would be revealed later.

So the thieves tried to steal $1 billion, but the Fed got suspicious at the prospect of that much money being transferred into private accounts. Big surprise. Still, that was only after $20 million got sent to accounts in Sri Lanka and $80 million to accounts in the Philippines—which was then deposited in a Manila businessman’s bank account and transferred to three large casinos. But these transfers were identified and nobody got their hands on that money either.

In the movies, the thieves would never have been caught because the tech-savvy member of their crew would immediately start routing the money through dozens of proxies and hundreds of accounts. After 30 seconds of laptop argle bargle, the money would be untraceable.

In real life…it turns out wire transfers don’t work that way. So here’s the weird part: why did these guys think this plan would work? Did they seriously think they could transfer $1 billion to private accounts around the world and no one would notice? Or was this heist even more interesting than it sounds, with a whole lot of very high-ranking government officials involved in covering it up? One way or another, this caper was either dumber than it sounds or a lot smarter than it sounds. I can’t wait to find out which.