Ten years ago Donald Trump sued author Timothy O’Brien for having the gall to doubt Trump’s wealth. After considerable research for his book TrumpNation, O’Brien concluded that Trump had massively overstated his assets and understated his liabilities: he was actually worth $150-250 million, not $5-6 billion. Naturally, Trump sued.

And lost. It took five years, but he was basically thrown out of court. Paul Farhi of the Washington Post asked Trump about this recently:

Trump said in an interview that he knew he couldn’t win the suit but brought it anyway to make a point. “I spent a couple of bucks on legal fees, and they spent a whole lot more. I did it to make his life miserable, which I’m happy about.”

I’m no lawyer, but even at this late date, wouldn’t an admission like that open up Trump to a suit for frivolous litigation? And wouldn’t it also hurt him in future lawsuits? Or is this more complicated than I think? 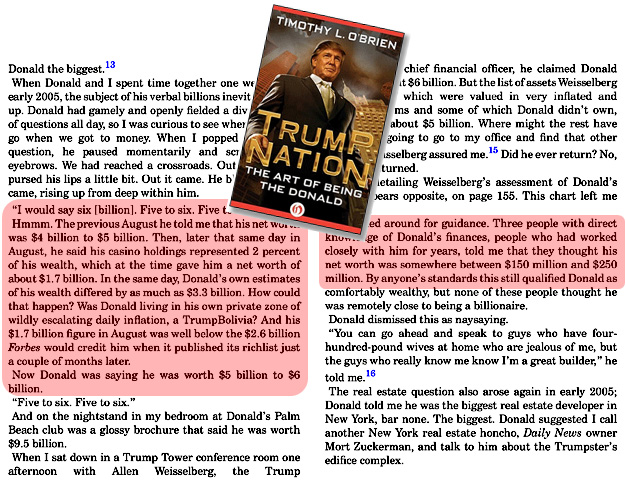