Last week’s photo session with the cats was really great. I settled on the photo of Hilbert and his fabulous tongue because the timing was too good to pass up the joke, but that meant neglecting all the really good pictures they posed for that day. Here’s one of them. Aren’t they cute? Maybe I’ll use another one next week, though I suppose that depends on what the furballs do over the next few days. I bought a robot vacuum the other day, and there’s always the possibility that it will produce some amusing reactions. (So far, the only reaction has been deep suspicion.) In the meantime, enjoy this picture of domestic bliss, taken about a minute before the bliss dissolved.

In other feline news, here’s a nice story about an autistic 6-year-old and her therapy cat. 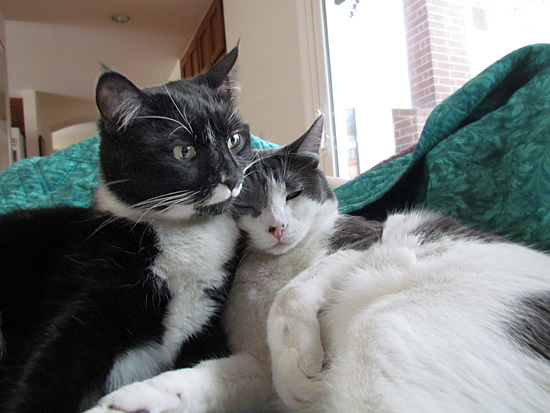