Over at the Washington Monthly, Anne Kim muses on the spectacular decline in marriage over the past few decades: 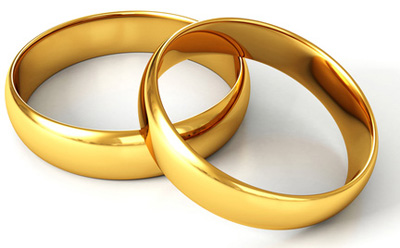 white women who were married in 2010 was a little over 70 percent—almost exactly the same as it was in 1950.

….It’s also seemingly only Americans with four-year degrees or better who appear immune to the broader cultural and social forces eroding marriage. In 1950, white women with “some college,” such as an associate’s degree, were actually more likely to be married than their better-educated sisters. Today, it’s the opposite. Though women with a high school diploma or less have seen the sharpest drop in marriage rates, the decline has been almost as severe—and ongoing—for women just one short rung down the education ladder, regardless of race.

Why has marriage declined in America? Here’s my dorm room bull theory: it’s because men are pigs.

I know, I know: #NotAllMen blah blah blah. That said, let’s unpack this a bit. Basically, an awful lot of men are—and always have been—volatile and unreliable. They drink, they get abusive, and they do stupid stuff. They’re bad with money, they don’t help with the kids, and they don’t help around the house. They demand subservience. They demand sex. And even on the one dimension they’re supposedly good for—being breadwinners—they frequently tend to screw up and get fired.

In other words, marriage has been a bad deal for women pretty much forever. But they’ve been forced into it by cultural mores and economic imperatives, and that’s the only reason it’s been nearly universal in the past.

Nothing has changed much about that. It’s still a bad deal for an awful lot of women, but cultural mores and economic imperatives have changed, and that means more women can afford to do what’s right for themselves and stay unmarried these days.

But there’s one exception to this: the college educated. Well-educated men are fairly reliable; they have good earning power; they generally aren’t abusive; and they’ve been willing—slowly but steadily—to change their habits and help out with kids and housework. For college-educated women, then, marriage is a relatively good deal. For everyone else, not so much.

And that’s why marriage is declining among all groups except the college educated. For an awful lot of women, it’s just a lousy deal. They’re tired of putting up with all the crap they get from men, and so they’re opting out. They’ll opt back in when men start to pull their own weight. There’s no telling when that’s going to start happening.