In a speech on environmental justice today, Hillary Clinton made a bold proposal:

Be still my heart! Hillary’s plan has eight parts, and the first one is all about lead poisoning:

Eliminate lead as a major public health threat within five years.…For every dollar invested in preventing childhood exposure to lead, between $17 and $200 is saved in reduced educational, health, and criminal justice expenses and improved health and economic outcomes—but the few federal programs that exist are inadequate to address the scope of the problem and have seen significant budget cuts and volatility in recent years.

….Eliminating lead as a major public health threat to our children is a goal we can and must meet as a nation. Clinton will establish a Presidential Commission on Childhood Lead Exposure and charge it with writing a national plan to eliminate the risk of lead exposure from paint, pipes, and soil within five years; align state, local and philanthropic resources with federal initiatives; implement best prevention practices based on current science; and leverage new financial resources such as lead safe tax credits. Clinton will direct every federal agency to adopt the Commission’s recommendations, make sure our public water systems are following appropriate lead safety guidelines, and leverage federal, state, local, and philanthropic resources, including up to $5 billion in federal dollars, to replace lead paint, windows, and doors in homes, schools, and child care centers and remediate lead-contaminated soil.

I don’t think five years is anywhere near feasible—it’s more like a 10-20 year project—but that’s a nit. I’m especially happy to see Hillary acknowledge the importance of remediating lead in soil, which usually doesn’t get much attention. But that’s where all the lead from 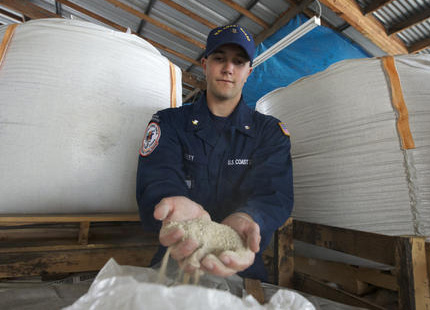 automobile emissions settled, and it’s worst in low-income urban neighborhoods that are dense with traffic.

Unfortunately, it’s also the most difficult to address. Replacing lead water pipes is expensive, but we know how to do it. Getting rid of lead paint in old houses is a little less expensive, especially if we concentrate on doors and window sills, but we know how to do that too. That leaves lead in soil, which is tough because there’s so damn much of it. The first step is to map the highest concentrations of lead in soil around the country, and we haven’t even done that yet. Next we have to figure out the best way to get rid of it. There are lots of different methods, and they differ a lot in cost. You can, for example, simply haul away the top few inches of soil. That’s expensive. Alternatively, there’s a lot of buzz around the idea of seeding contaminated soil with phosphates, which combine with lead to produce harmless pyromorphite. This can be done using fish bones, which contain calcium phosphates. And fish bones are cheap.

But does this really work? It looks like a promising approach, but it still needs more research. Either way, though, it’s nice to see a presidential candidate take lead seriously. We’ve been making progress on lead contamination for decades, but we’ve never truly made it a consistent priority. It’s time to do that.