A couple of days ago Donald Trump unloaded an extraordinarily blistering public attack on Judge Gonzalo Curiel, who is overseeing the class-action lawsuit against Trump University:

“The judge was appointed by Barack Obama, federal judge. Frankly, he should recuse himself because he’s given us ruling after ruling after ruling, negative, negative, negative.” Mr. Trump also told the audience, which had previously chanted the Republican standard-bearer’s signature “build that wall” mantra in reference to Mr. Trump’s proposed wall along the Mexican border, that Judge Curiel is “Mexican.”

“What happens is the judge, who happens to be, we believe, Mexican, which is great. I think that’s fine,” Mr. Trump said.

….“I think Judge Curiel should be ashamed of himself,” Mr. Trump said. “I’m telling you, this court system, judges in this court system, federal court, they ought to look into Judge Curiel. Because what Judge Curiel is doing is a total disgrace, OK? But we’ll come back in November. Wouldn’t that be wild if I’m president and I come back to do a civil case? Where everybody likes it. OK. This is called life, folks.”

As it happens, Curiel was born in East Chicago, Indiana, but hey, what’s a little race-baiting between Trump and a few thousand close friends and a few million TV viewers?

More broadly, though, what the hell was this all about? Well, it turns out that Trump probably had forewarning about what was coming down the pike. The Washington Post had filed a motion to unseal some documents in the trial, and one of their arguments was that since Trump was now the presumptive 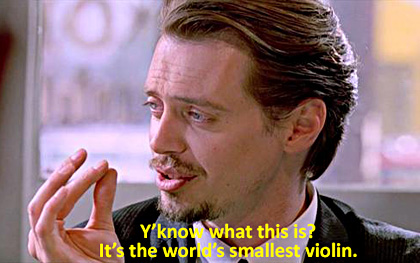 Republican nominee for president, that increased the public interest in these documents. The judge agreed:

As an initial matter, the court must strongly presume the public interest in access. But “the interest in access to court proceedings in general may be asserted more forcefully when the litigation involves matters of significant public concern.” As the Post points out, the Ninth Circuit found that [Trump University] was a public figure for purposes of defamation.

….Subsequently, Defendant became the front-runner for the Republican nomination in the 2016 presidential race, and has placed the integrity of these court proceedings at issue. The Ninth Circuit has directed courts considering the public disclosure of litigation materials to take into account “whether a party benefitting from the order of confidentiality is a public entity or official; and…whether the case involves issues important to the public.”

So Trump is now more than just a public figure: he’s a legitimate contender for high public office. And that means his actions justifiably invite stronger scrutiny.

So what was Trump’s ploy here? Does he not realize that publicly bashing a judge is a bad idea? Federal judges don’t have to worry about Trump’s mob and they don’t have to worry about being re-elected. Or did he think that ranting against the judge before the ruling was handed down would help him on appeal? I criticized him, and he took it personally and ruled against us. Maybe. Or does Trump simply have no self control and couldn’t help himself?

Generally speaking, I think Trump still doesn’t realize that running for president is different from anything else he’s ever experienced. The bullying just doesn’t work the way it used to. The press scrutiny is beyond even Trump’s imagining. Money and organization matter. You have to appeal to more than just a half of a half of the electorate. And in this case, the fact that he’s the presumptive nominee of a major political party means that his actions are presumptively of legitimate public interest.