Riffing off a Wall Street Journal op-ed, Alex Tabarrok is unhappy that supersonic jet travel is still banned in the US:

And why did we ban supersonic transport? It seems almost like a joke—because we were worried about noise….Moreover, the noise scare was overblown. Incredibly, it was only after the FAA banned supersonic transport over the US that a careful study was done at Heathrow airport 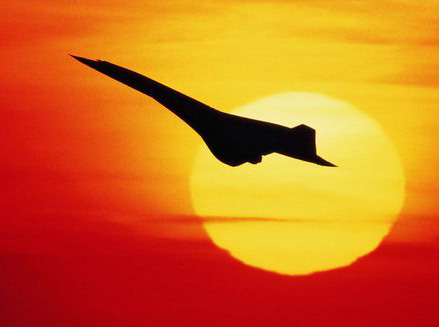 and that study found that the Concorde taking off and landing was only modestly louder than a regular jet.

Let’s not rewrite history here. Yes, noise—including sonic booms, not just the roar of takeoff and landing—was one of the issues that led to banning Concorde flights over land. And a good thing, too. This was one of the seminal battles in the fight to take noise seriously as a pollutant. Many of the noise abatement programs we have today can trace their birth to the fights over the Concorde in the 60s and 70s. Plus, of course, there was the ozone. Don’t forget that! A huge fleet of ozone-spewing airplanes wasn’t, and still isn’t, a great idea.

And yet, it seems like there’s more to this, no? SSTs are banned from flying over US territory, but the US—believe it or not—isn’t the only country in the world. SSTs could fly from Paris to Abu Dhabi. From Rome to Rio. From London to Mumbai. From Los Angeles to Tokyo.

Oh wait. Scratch those last two. The Concorde had a range of just over 4,000 miles, so it’s actually pretty limited compared to modern jets. Its seating capacity was pretty limited too, and that plus its inherently gas-guzzling ways meant that tickets cost, oh, $10,000 per flight. That’s a wee bit of a drawback too. And it turns out that nobody else was thrilled about sonic booms over their territory either. That’s why Boeing canceled its SST project in 1971, well before the FAA ban: they couldn’t make the numbers add up without government subsidies. The Concorde never made money either. The truth is that the FAA ban was probably a pretty good face-saving action for the Concorde, which was doomed to failure regardless. But it gave Air France someone else to blame.

In the end, the FAA ban probably didn’t matter much. Supersonic flight just wasn’t a moneymaker. The supply could have been there, but the demand never was. Twas economics killed the beast.