California’s biggest public retirement fund, CalPERS, generally counts on a rate of return of about 7.5 percent. They’re missing that by a wee amount: 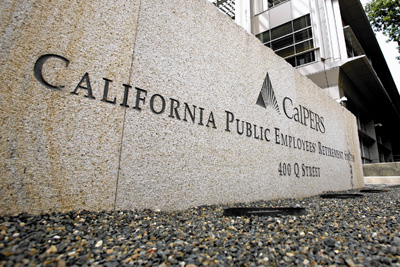 This year’s return is unusually low, but as CalPERS acknowledges, investment returns are likely to be modest for quite a while. This is one reason I’m more sympathetic to 401(k) funds than a lot of liberals. There’s no magic here. If returns are low, then returns are low. Even if you run a big fund with professional investors, you can’t defy gravity forever.

It’s true, of course, that a big fund can spread its pain over a lot of retirees, while a 401(k) that goes south concentrates all its pain on one person. And 401(k) owners can make unusually bad investment decisions, too. Along with high fees, those are real problems with only partial solutions.

In other words, 401(k)s aren’t perfect. Some of their problems can be addressed by better rules, while others are inherent in the structure of a private fund. On the other hand, big pension funds aren’t perfect either. They can lose money. They aren’t portable. They’re often heavily backloaded. They don’t provide anything to pass on to your children if you die before you retire. They often require years of vesting.

There are no magic bullets here. It’s not plausible to make Social Security into our sole source of retirement income, and that means we need other sources too. Pension funds are one source, and they aren’t perfect. 401(k)s are another source, and they aren’t perfect. But it hardly matters which is better: you can’t force employers to join big pension funds, so 401(k)s are what we have. We improved them considerably via legislation in 2006, and we can improve them further if we want to. We should focus on that, not on casting them as the devil’s handiwork.