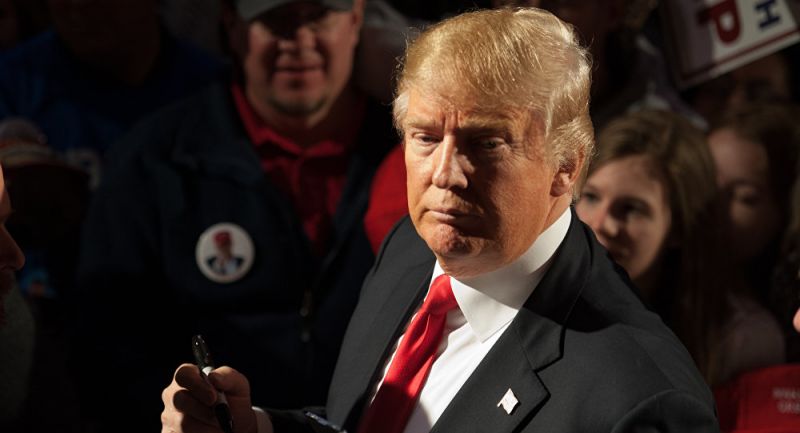 The New York Times has yet another interview with Donald Trump, foreign policy genius. Let’s listen in:

He even called into question whether, as president, he would automatically extend the security guarantees that give the 28 members of NATO the assurance that the full force of the United States military has their back.

For example, asked about Russia’s threatening activities that have unnerved the small Baltic States that are the most recent entrants into NATO, Mr. Trump said that if Russia attacked them, he would decide whether to come to their aid only after reviewing whether those nations “have fulfilled their obligations to us.”

Vladimir Putin will be delighted to hear this. Next:

Reiterating his threat to pull back United States troops deployed around the world, he said, “We are spending a fortune on military in order to lose $800 billion,” citing what he called America’s trade losses. “That doesn’t sound very smart to me.”

Mr. Trump repeatedly defined American global interests almost purely in economic terms. Its roles as a peacekeeper, as a provider of a nuclear deterrent against adversaries like North Korea, as an advocate of human rights and as a guarantor of allies’ borders were each quickly reduced to questions of economic benefit to the United States.

Lots of politicians say American can no longer be policeman of the world. Trump actually believes it. Next:

Mr. Trump said he was convinced that he could persuade Mr. Erdogan to put more effort into fighting the Islamic State. But the Obama administration has run up, daily, against the reality that the Kurds — among the most effective forces the United States is supporting against the Islamic State — are being attacked by Turkey, which fears they will create a breakaway nation.

Asked how he would solve that problem, Mr. Trump paused, then said: “Meetings.”

Meetings. Right. And finally this:

When asked what he hoped people would take away from the convention, Mr. Trump said, “The fact that I’m very well liked.”

How very Willy Lomanesque. Trump’s campaign manager immediately stepped in to say the Times had botched its quotes and Trump didn’t really say this stuff about NATO. The Times has promised a transcript of the interview. I think Jonathan Bernstein has the right call on this:

Odds that NYT transcript makes it worse range somewhere between 99% and 100% https://t.co/rPfWqgfaP8