The very first magazine article I ever wrote was on the topic of October Surprises. “The political chattering class and official Washington alike seem unable to resist speculating about October Surprises every four years,” I wrote. Sadly, you never read those words because the article ended up getting spiked.

Still, ever since then I’ve looked forward to the beginning of October Surprise season, which usually kicks off in August. And right on schedule, Politico obliges me:

Get Ready for Obama’s ‘October Surprise’ in Iraq

The American public could be treated to a major U.S.-led military victory in Iraq this fall, just as voters are deciding who will be the nation’s next president—but U.S. military officials insist the timing of the operation has nothing to do with politics.

Iraqi and Kurdish military and paramilitary units are preparing for a push on Mosul, the Islamic State-held city that is now in the cross hairs of the U.S.-led coalition battling the terrorist group across the 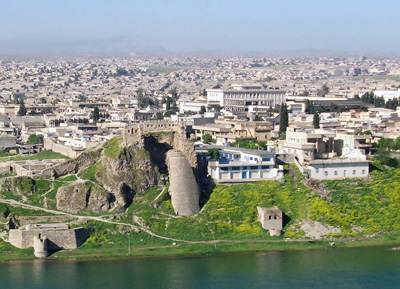 Middle East. “The idea is to isolate Mosul, cut it off, kill it,” a senior U.S. Central Command officer told me.

….The ambitious plans for Mosul and Raqqa reflect a shift in tactics and deeper U.S. involvement that has not been fully reported in the U.S. media—or talked about in the presidential campaign. Most recently, Centcom has gained White House permission to deploy U.S. advisers with Iraqi units at the battalion level….The U.S. has been quick to flow advisers (an initial tranche of some 200 in all) into al-Qayyarah air base….Washington has also boldly stepped up its support of the Peshmerga, the veteran military units of the Kurdistan Regional Government who will lead the assault on Mosul from the north, despite the risk of upsetting the delicate regional politics.

A big victory over ISIS would indeed be a nice bump for Hillary Clinton, showing that the administration’s slow-but-steady approach to destroying ISIS is bearing fruit. Of course, if it works, Donald Trump will no doubt take credit.

In any case, the rest of the Politico piece is actually kind of interesting, so it’s worth reading. The big problem in Iraq has always been (a) the weakness of government forces and (b) the endless distrust between Sunnis, Shias, and Kurds. For now, it looks like the US has brokered a fragile detente that will allow all three to work together to retake Mosul and Raqqa. But how long will this hold together? Maybe we’ll find out in October.