Zack Beauchamp has a long piece at Vox today that runs down the recent rise of far-right populists in Europe and the United States. Has this been driven by anger from blue-collar workers lashing out at their losses from globalization?

This anger plays some small part, but it doesn’t tell most of the story. A vast universe of academic research suggests the real drivers are something very different: anger over immigration and a toxic mix of racial and religious intolerance. That conclusion is supported by an extraordinary amount of social science….This research finds that, contrary to what you’d expect, the “losers of globalization” aren’t the ones voting for these parties. What unites far-right politicians and their supporters, on both sides of the Atlantic, is a set of regressive attitudes toward difference. Racism, 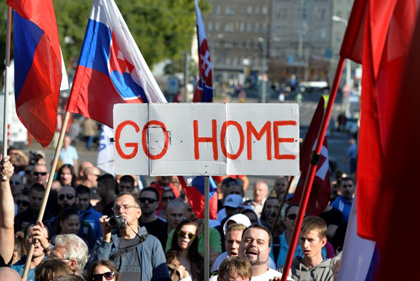 Islamophobia, and xenophobia — and not economic anxiety — are their calling cards.

….Donald Trump is a manifestation of this backlash, as are Brexit and the surge of support for far-right European parties. They show the extent of white Christian anger — the privileged who are furious that their privileges are being stripped away by those they view as outside interlopers.

I don’t know that I agree with every word of this essay, but I agree with a lot of it. It’s worth blocking out 20 minutes to give it a read.