File this one under “Yes, we almost destroyed the world, but how long are you going to hold that against us?”

Bank trade groups and industry advisers are debating the possibility of legally challenging the Federal Reserve in an attempt to force changes to annual “stress tests” of the biggest U.S. lenders, people familiar with the talks said….The discussions are at an early stage and…have 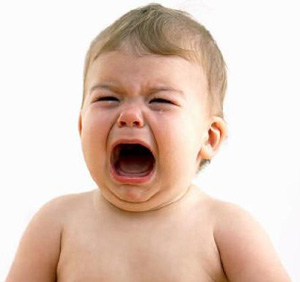 centered on legal strategies that would allow a challenge to the stress tests, with much of the focus on their opacity and how the Fed changes certain aspects of the exams each year.

….The exams arguably have made banks safer by forcing them to better measure risks they face. They also dictate the amount of capital banks can return to shareholders, in turn influencing returns on equity and share-price valuations….Fed officials have disclosed more in recent years about how the tests work. They have described in more detail the mathematical models used to determine how much money banks would lose under the tests, pointing out changes from year to year.

But the central bank still unilaterally designs the doomsday scenarios that are simulated during the tests. It also doesn’t disclose all the details of the models, which keeps banks guessing about their results. The central bank says that if it gave banks more information about the models, bankers might be able to game the tests.

First off, are banks allowed to chat with each other about strategies for suing the Fed? It seems like the kind of thing that competitors aren’t supposed to do. But maybe banks are different.

That aside, what a bunch of whiners. Big banks have a pretty good idea of what the Fed expects, and history demonstrates pretty clearly that if you make the requirements too explicit banks will indeed bend their every synapse toward figuring out how to game the rules. That’s largely what banks around the world did during the aughts, and it’s a big reason they weren’t prepared for the housing crash.

An alternative, of course, is to simply put in place crude leverage and capital requirements and make them very explicit indeed. But banks don’t like that. Why? Because it’s hard to game.

So buck up, Wall Street. Millions of high school students every year take the SAT even though their test prep courses only prepare them for approximately what it will be like. They make do with that, and so can you.