There are lots of theories about what truly drives Donald Trump, but with 20 days to go before Election Day, I think my colleague David Corn finally nails the single most most important trait that motivates Trump’s behavior:

Why all the insults, bullying, and grudge matches? There is a reason. Trump fervently believes in retaliation. How do we know? Because he has said so numerous times that he is driven by revenge 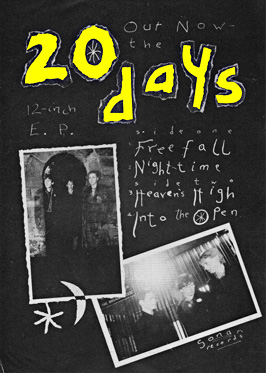 and that it is a basic tool to use in business. He is obsessed with payback.

Pretty much everything else flows from this. The bullying is always in service of revenge. The narcissism is a way of elevating himself above his adversaries. The dominance games are always aimed at real and perceived enemies.

But there’s a flip side to this: Anyone who is nice to Donald Trump is a great guy. The best. One of the smartest people you’ll ever meet. And this can flip in a minute. This explains why he was inexplicably pleasant to so many of his primary opponents for so long: they hadn’t attacked him. Once they did, though, the gloves were off. Ditto for Vladimir Putin. As long as Putin is personally nice to him, Trump is almost literally incapable of attacking him. This will change the moment Putin says anything even mildly derogatory about Trump.

There are two ways this plays out. The first is obvious: it’s aimed at people Trump needs revenge on. The second is less obvious: it’s aimed at people and things that are ipso facto enemies of the United States. This includes Mexico, China, ISIS, and so on. It doesn’t include the Syrian regime, because apparently Trump doesn’t consider them a threat. Ditto for Russia, I suppose.

Lots of people are obsessed with scorched-earth retribution against anyone or anything that attacks them. The weird thing about Trump is that it seems to be almost hardwired. No matter how little sense it makes to play nice with, say, Vladimir Putin, Trump simply can’t attack until Putin attacks him first. Likewise, no matter how personally or politically destructive it is, Trump is flatly unable to ignore an attack from anyone of influence. It’s as if he has a special revenge neuron in his brain, and it flips back and forth and forces him to attack regardless of anything else. It’s as automatic for him as jerking your knee is for you when a doctor taps it with a hammer. It’s not something that’s under Trump’s conscious control.

Needless to say, this is a big part of his appeal. Lots of people—and conservatives especially—are driven by showy displays of in-group loyalty, and that includes lashing out at anyone who criticizes the group. This includes personal attacks, attacks on family, attacks on friends, attacks on religion, attacks on race, attacks on country, or anything else they identify with. And whatever else you can say about him, Donald Trump is definitely not a guy who will turn the other cheek. That’s what Trump’s base likes most about him.

The former House speaker and top Trump surrogate told the Washington Examiner’s David Drucker that the Republican nominee loses his cool in response to “anything which attacks his own sense of integrity or his own sense of respectability, and he reacts very intensely, almost uncontrollably, to those kinds of situations.”

….“There’s also a part of his personality that sometimes gets involved in petty things that make no sense, and I think that that’s what I was talking about when I talk about there’s a big Trump and a little Trump,” Gingrich said.

Actually, big Trump and little Trump have the same personality. They just express it at different targets. Gingrich doesn’t see this because he’s basically big Trump himself when it comes to politics.