Orange County, California. Conservative suburbia. Reagan country. Ground zero for decades of cold warrior political domination. And above all, a reliable generator of Republican votes and Republican fundraising. But just 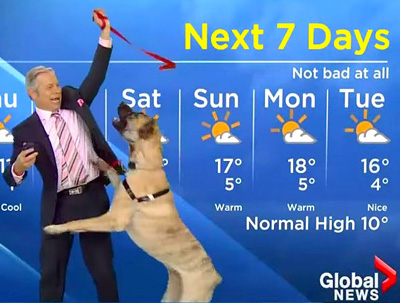 In 1990, whites made up nearly two-thirds of the county’s population. Now, they are a minority. The county’s Latino and Asian populations have grown enormously—some in low-income neighborhoods, particularly in Santa Ana, but many in newly diverse, affluent communities.

As the region has grown more diverse, GOP margins have narrowed…Trump’s disparaging rhetoric about Mexicans and Muslims, his breaks with past Republican stands on trade and the overall tone of his campaign seem likely to create the final tipping point this month.

There are only seven days to go before we find out if Trump manages this historic task. It would be fitting if he’s the one to put the final nail in the coffin of 80 years of GOP domination of my hometown. Only seven days! 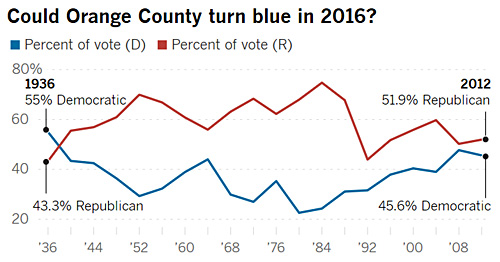