In the aftermath of the UN vote condemning Israeli settlements on the West Bank, John Kerry plans to give a speech today:

In a last-chance effort to shape the outlines of a Middle East peace deal, Secretary of State John Kerry is to outline in a speech on Wednesday the Obama administration’s vision of a final Israeli-Palestinian accord based on bitter lessons learned from an effort that collapsed in 2014.

….Mr. Kerry, the official said, has long wanted to give a speech outlining an Israeli-Palestinian peace deal but was held back by White House officials, who 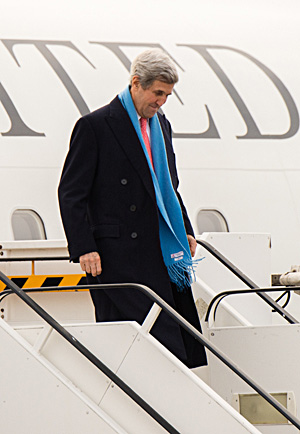 saw it as unnecessary pressure on Israel that would anger Mr. Netanyahu. But that objection was lifted last week as Mr. Obama and Mr. Kerry agreed the time had come to abstain on the United Nations resolution.

I don’t really understand the motivation at work here. This has nothing to do with my skepticism about the peace process in general, but with the pointlessness of the speech itself. It’s sort of like writing a piece of fanfic, where you get to demonstrate to your circle of friends how cleverly you’d tie up all the questions and loose ends in the original work. Except it’s not even fanfic: it’s more like an outline for a piece of fanfic, and without the opportunity to even display any cleverness.

Both Israel and the Palestinians are keenly aware of every issue separating them. Their inability to make a deal has nothing to do with the lack of a clever-enough plan. They just don’t agree with each other and they don’t trust each other. Actual negotiations, in which Kerry applied pressure to compromise and helped to build trust, were perfectly defensible even if I personally think there was never any chance of success. But a speech outlining a plan? Why bother?

I dunno. With everything in tatters and only three weeks left in the Obama administration, maybe Kerry feels like he can rip off the diplo-mask and give a truly bracing speech of the kind that no American has ever dared to give. I suppose that could have a modest effect. But what are the odds he has that in mind?