So—about that call between Donald Trump and the president of Taiwan. First we have this: 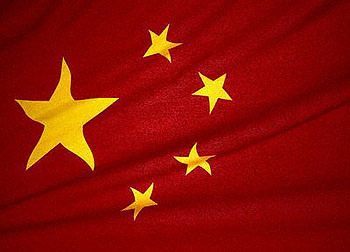 Huang told NBC News. “Both are in line with Taiwan’s national interest.”

The call was planned in advance with knowledge of Trump’s transition team and was the right thing to do, said Stephen Yates, a former U.S. national security official who served under President George W. Bush. Yates denied multiple media reports that he arranged the call, while adding that it doesn’t make sense for the U.S. to be “stuck” in a pattern of acquiescing to China over Taiwan.

Apparently several sources say that Yates was indeed the guy who helped arrange the call, but Yates denies it. You can decide for yourself who to believe. In any case, both sides claim it was done intentionally.

Was it a good idea? In Trump’s defense, if you’re going to do something like this, the only time to do it is right away. That’s especially true if you want to use it as leverage. Who knows? Maybe Trump’s team is planning to quietly pass along word that Trump is willing to maintain our status quo policy toward Taiwan (i.e., not formally recognizing the Taiwanese government), but only if China commits to doing something serious about North Korea.

Or maybe Trump has no bargain in mind at all, and just wants to change US policy toward China. It would be typically Trump to start out with a slap in the face so they know he means business, and then go from there.

Is this wise? I sort of doubt it, but I’m hardly an old China hand. And I have to admit that China hasn’t gone ballistic, as many people predicted. Their response so far has been distinctly low-key:

China’s first official reaction, from Foreign Minister Wang Yi, was fairly benign — though it was firm in reiterating the One China policy, under which the United States formally recognized Beijing as China’s sole government….A follow-up statement from the Foreign Ministry on Saturday, noting that the ministry had filed a formal complaint with the United States government, was similar in tone. It urged “relevant parties in the U.S.” to “deal with the Taiwan issue in a prudent, proper manner.”

Whatever you think of all this, I’m pretty sure it was no accident. Whether it’s meant just to shake up China; to act as leverage for a future bargain; or as a precursor to a policy change—well, that’s hard to say. But there was something behind it. Stay tuned.