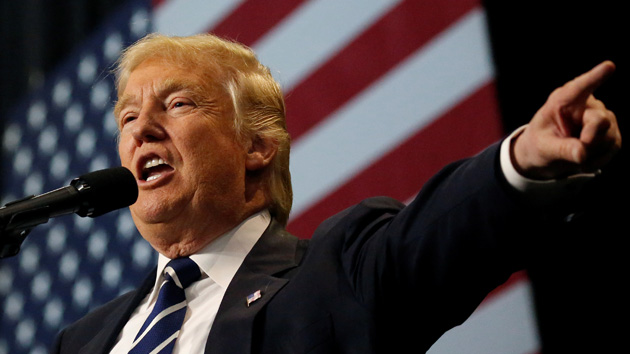 In late October, Harry Reid sent an angry letter to FBI Director James Comey saying that “it has become clear that you possess explosive information about close ties and coordination between Donald Trump, his top advisors, and the Russian government.” What was that all about? A few days later, David Corn summarized a dossier of raw intel provided by a “former senior intelligence officer for a Western country”:

When he dug into Trump, he notes, he came across troubling information indicating connections between Trump and the Russian government. According to his sources, he says, “there was an established exchange of information between the Trump campaign and the Kremlin of mutual benefit.”…The first memo, based on the former intelligence officer’s conversations with Russian sources, noted, “Russian regime has been cultivating, supporting and assisting TRUMP for at least 5 years. Aim, endorsed by PUTIN, has been to encourage splits and divisions in western alliance.” It maintained that Trump “and his inner circle have accepted a regular flow of intelligence from the Kremlin, including on his Democratic and other political rivals.” It claimed that Russian intelligence had “compromised” Trump during his visits to Moscow and could “blackmail him.”

This is where things stayed until today, when we learned a little bit more. Apparently the intelligence community now considers this raw intel credible enough that it included it as an annex to the classified version of its report on Russian hacking. CNN reports:

Some of the memos were circulating as far back as last summer. What has changed since then is that US intelligence agencies have now checked out the former British intelligence operative and his vast network throughout Europe and find him and his sources to be credible enough to include some of the information in the presentations to the President and President-elect a few days ago.

A senior U.S. official with access to the document said that the allegations were presented at least in part to underscore that Russia had embarrassing information on both major candidates, but only released material that might harm Democratic nominee Hillary Clinton — a reflection of Russian motivation that bolstered U.S. spy agencies’ conclusion that Moscow sought to help Trump win.

….If true, the information suggests that Moscow has assembled damaging information — known in espionage circles by the Russian term “kompromat” — that conceivably could be used to coerce the next occupant of the White House.

BuzzFeed has the full 35-page memo here. Oh, and did I mention that the compromising information on Trump supposedly includes evidence of Trump’s “personal obsessions and sexual perversion,” including “golden showers” and “sex parties” in Moscow? Well, consider it mentioned.