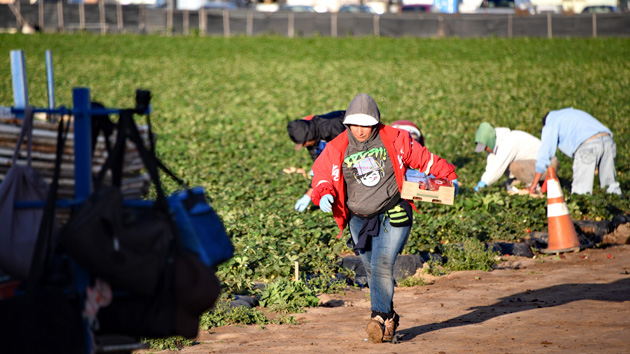 The LA Times reports that the biggest garlic producer in the country has adopted an intriguing new strategy:

Christopher Ranch, which grows garlic on 5,000 acres in Gilroy, Calif., announced recently that it would hike pay for farmworkers from $11 an hour to $13 hour this year, or 18%, and then to $15 in 2018. At the end of last year, the farm was short 50 workers needed to help peel, package and roast garlic. Within two weeks of upping wages in January, applications flooded in. Now the company has a wait-list 150 people long.

“I knew it would help a little bit, but I had no idea that it would solve our labor problem,” Christopher said. He said the farm has been trying, without success, to draw new workers since 2014. Human resources frantically advertised open farm-labor positions, posting help-wanted ads online and urging employees to ply their networks for potential recruits. Nothing came of it.

Fascinating! Someone should tell the rest of corporate America about this. Meanwhile, the New York Times reports that California’s farmers are taken aback that President Trump is getting tough on immigration:

Many assumed Mr. Trump’s pledges were mostly just talk. But two weeks into his administration, Mr. Trump has signed executive orders that have upended the country’s immigration laws. Now farmers here are deeply alarmed about what the new policies could mean for their workers, most of whom are unauthorized, and the businesses that depend on them.

“Everything’s coming so quickly,” Mr. Marchini said….He said that as a businessman, Mr. Trump would know that farmers had invested millions of dollars into produce that is growing right now, and that not being able to pick and sell those crops would represent huge losses for the state economy. “I’m confident that he can grasp the magnitude and the anxiety of what’s happening now.”

….[Harold] McClarty and others say that legalizing the existing work force should be the first priority….Farmers are also anxiously awaiting the administration’s plans to alter longstanding trade agreements.

Trump literally spent his entire campaign making immigration his first priority and trade his second. But all these conservative farmers in the San Joaquin Valley voted for him anyway because, you know, he was going to lower their taxes and Make America Great Again. Now they’re shocked that his top priorities are…immigration and trade.