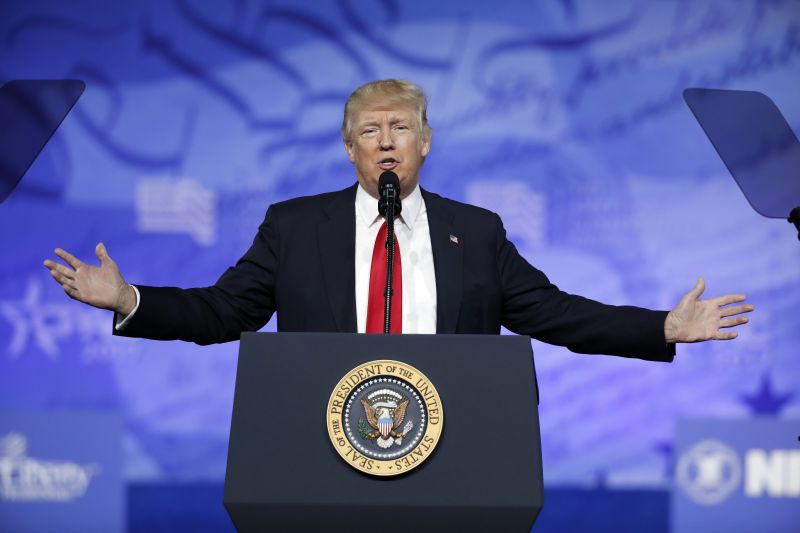 CNN and other news organizations were blocked Friday from a White House press briefing….The New York Times, the Los Angeles Times, and Politico were also excluded from the meeting, which is known as a gaggle and is less formal than the televised Q-and-A session in the White House briefing room.

The Associated Press and Time magazine boycotted the briefing because of how it was handled. The White House Correspondents Association is protesting.

The conservative media organizations Breitbart News, The Washington Times and One America News Network were allowed in.

A few days ago, there was some talk about whether Trump would slow-walk federal disaster relief for the Oroville Dam area. As it turned out, he didn’t, but the possibility was taken seriously for a while.

It’s not that modern presidents couldn’t do these things. They just didn’t. And we all came to assume that none of them would. The technical machinery of government—collecting data, hiring staffers, working by the rules—would be left alone to operate in a professional and impartial way. But that’s no longer something we can assume.

Trump is going to find lots of things like this. Things that nobody ever thought of before, but aren’t illegal. Or maybe just slightly illegal. And he’s going to use them to demagogue his enemies and take revenge on people who badmouth him. Fasten your seat belts.