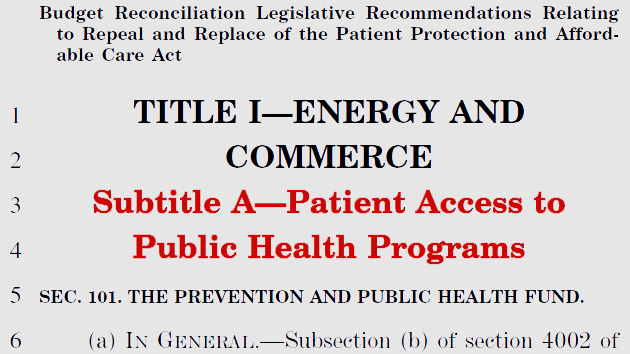 Republicans have finally released their shiny new health care plan. It’s pretty much the same as the discussion draft that leaked a couple of weeks ago, and includes the following basic features:

Oh, and the bill includes a one-year ban on funding for Planned Parenthood. Conservatives love this, but it’s also likely to generate some sure no votes in the Senate. Remember that Republicans can only afford two defections in the Senate. Any more than that and their bill fails.

Needless to say, there’s not yet an analysis from the Congressional Budget Office about how much the GOP plan will cost or how many people it will cover. It’s safe to say that on the cost side, it will be a lot cheaper than Obamacare. In fact, since the tax credits are so stingy, it’s likely that very few people in the bottom third of the income spectrum will use them. They leave insurance too expensive for most poor people to afford.

Because of this, my horseback guess is that the Republican plan will be used by about 3 million people, compared to 10 million for Obamacare. The Medicaid expansion will be unchanged for a while, continuing to cover about 10 million people. Total cost for subsidies + high-risk pools + Medicaid expansion will run about $25 billion per year, compared to $100 billion for Obamacare.

Three million is far too small a pool for any kind of successful program, and the pre-existing conditions clause ensures that the pool will be not just small, but very, very heavily weighted toward the very sick. It’s a disaster for insurance companies, who will almost surely refuse to participate.

That’s my guess, anyway. It’s a bloodbath. More detailed analysis from think tankers will be available soon, and the CBO will weigh in eventually too. It’s not going to be pretty.