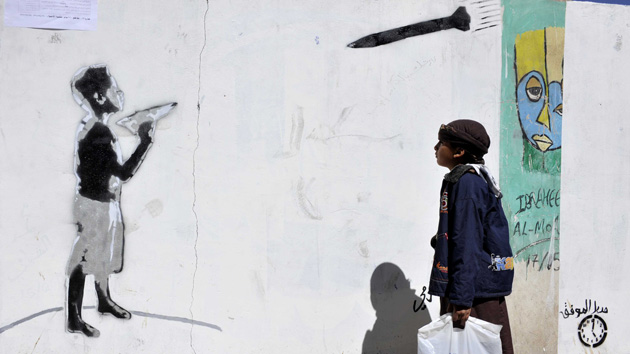 Over at the Intercept, Josh Begley has a story that’s disturbing—but not in the usual Intercept way:

Five years ago, I made a simple iPhone app. It would send you a push notification every time a U.S. drone strike was reported in the news. Apple rejected the app three times, calling it “excessively objectionable or crude content.”

….In 2014, after five rejections, Apple accepted the app….But the following September, Apple decided to delete the app entirely. They claimed that the content, once again, was “excessively objectionable or crude.”…Well, Apple’s position has evolved. Today, after 12 attempts, the Metadata app is back in the App Store.

….Update: 2:32pm. Apple has removed Metadata from the App Store.

There is, needless to say, nothing objectionable or crude about this app. It merely aggregates news on a particular subject. Drone strikes themselves may be objectionable and crude—opinions differ, obviously—but reporting on them isn’t.

This matters. Upwards of half of all Americans get some or most of their news from their mobile devices, and for all practical purposes there are only two options in the mobile device world: iOS and Android. If you can’t get an app accepted on either platform, then no one will ever see your app. Apple and Google are the sole gateways to what we can and can’t see.

Now, there are obviously other ways of getting the news. There may even be a website that aggregates drone news the same way Begley’s app does. Still, there’s no question that an app can do things a news site can’t. It can make the news more immediate. It can make sure you don’t miss anything. It can allow you to share more easily with fellow activists.

When Google and Apple are just keeping out porn sites, no one really cares. Even when they’re nixing apps that happen to compete with Apple or Google, people mostly shrug. But when they start censoring apps based on their news content, we’re in trouble. If there were dozens of mobile platforms, and none of them had a big market share, it might not matter too much. Competition would probably sort things out. But when there are only two, it matters a lot. There may still be plenty of news outlets, but in a real-world sense we’re increasingly outsourcing our news to a tiny number of players—mostly Apple, Google, and Facebook. We may wake up some morning and be sorry we did that.